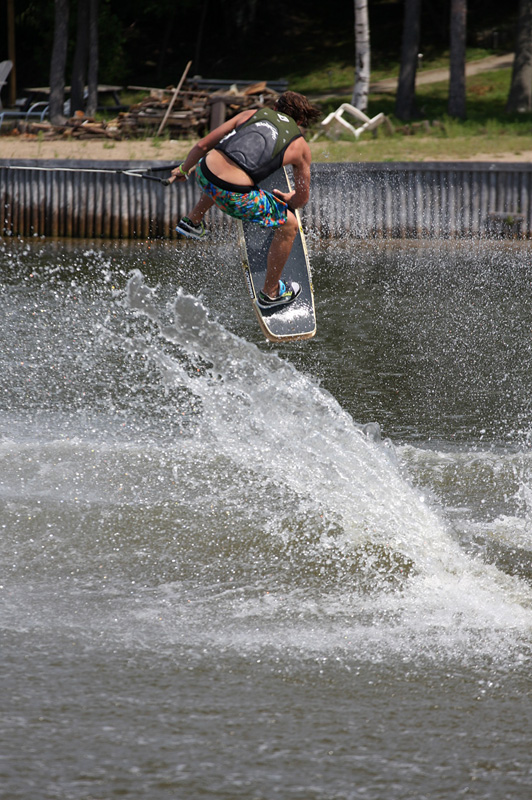 I’ve been on a few bad trips. They all have some things in common, such as limited/poor selection in music, weird foreign places, and a bunch of assholes. I am on another trip that may go down in the anals of my vacation memories, this one to outside Toronto. I am here for a wakeskate contest, where I am pretty much the sole member of the press. Well, there are other people here but no one seems to be working that hard. I’ve been sitting in the hotel bar (there’s no internet in our rooms) for at least six hours. Editing, writing, video, photo, etc. All I’ve got to show for it so far is one “dude” who didn’t get my hilarious and amazing frontside boardslide gallery.

I shouldn’t be so negative. More of the people here are awesome. I sort of feel important. And when I finish a web video I get a little bit excited. Of course then it’s 3 hours of compression ’til I can put it online and get hated on by kids, but what can you do?

So I was positive for a second. Now I am going to vent. Here’s the list.

-I got here a day early to go ride/shoot. Things took an early turn for the worse when I missed my flight, thereby getting in too late to pick up my rental car. The result was an entire wasted day. Awesome.

-The hotel we are staying at is ghetto. I am a hotel snob and this non-shutting doors, gnarly carpet, and not even free bar soap does not cut it. I mean, it could be worse. I have my own bed and even my own room, but the “cabin” is just sort of gross and really expensive (not that I am paying) and there is other general weirdness here.

-Yesterday I rode on the boat to shoot lazy photos. I got forced into rope duty and they were playing Sublime the whole time. It was basically the worst thing ever.

-Our money is worth less than Canada’s now. What is this world coming to?

Comments on "Worst Trip Ever?"