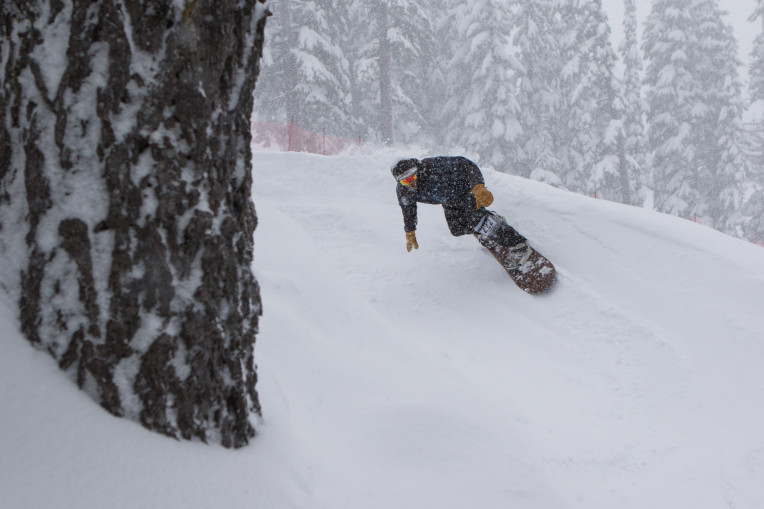 The 9th annual Dirksen Derby ushered in a very welcome sight to Oregon: a fuck ton of snow.  And while Oregon really only suffered one bad season, based on the shit show garnered over the rapidly accumulating snow at Mt. Bachelor, you’d think the residents of Central Oregon had been residing in Tahoe or something! But despite sizeable lift lines and inevitable delays that come with trying to do anything mid-blizzard, Josh Dirksen’s annual event was one for the record books.

The abundance of snow across the west coast prevented many signed up from attending  – enabling the race to run smoothly despite occasional hitches such as blustering snow messing with the laser time keeping systems – and since everyone registered paid in advance, still plenty of cash was raised for Tyler Eklund, the event’s inspiration, who was paralyzed in a snowboard crash many years ago.

The field was still stacked with heavies, but if our foray into sports betting is any indication, the race was really anyone’s game. The side-by-side courses were meticulously dug by a dedicated crew of Bendites, as a well as a Bogus Basin-based crew assembled by Corey Mac. On the red side, huge berms required a lot of finesse to generate speed, while on the green side a more open course allowed you to just let er rip. As to be expected with lots of snow fall, speed was something that was not in abundance, but the most skilled (or those with the best wax tech) managed to make it happen.

Unlike many banked slaloms these days where it’s a feat just to make it to the bottom of the course, the Dirksen Derby is specifically built to be a fun, mellow kick off to the season. “We definitely try to keep the courses mellow at the Derby and it doesn’t always happen with the snow and stuff,” Josh said.  “I want everyone to have fun, not just the top 10 percent of the snowboard population, so I tried to build something everyone could love. It is still a challenge, the challenge being not stopping!”

While the Derby is a contest, and there are winners, losers and sidebets galore, we won’t bore you with a lengthy explanation of the results. At the end of the day, just getting out and getting together is what really matters and makes this event so great. If you really care though, you can click here and read them all yourself. 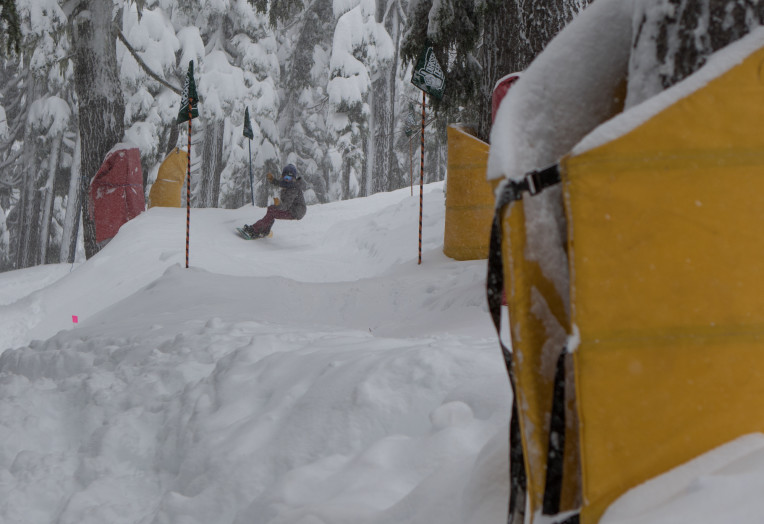 For a mere $65 you could sign up for elites, essentially buying your way into the finals. However, qualifying is good for you and here’s a shot from Saturday.