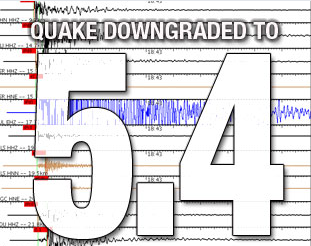 The Oregon Trifecta happened last weekend. I went to the closest stop in Tigard. The skating was rad, the heat was not. All I have to say is thank god for live webcasts. Here’s some “coverage.”

This is what inspired me to finally get out my camera. Apparently it also inspired Skate and Annoy to go get in my shot, but what can you do. I don’t fuck with the old man skate media. Anyway, the dinosaur is sort of silly, but it does make for neat pictures.

This shot really sums up Trifecta. As if the skateboarding itself isn’t enough of a challenge, lets add in five other people trying to do the exact same thing. After awhile the collisions get old, and it always sucks to see someone carted away on a stretcher because of it, but these dudes were both fine.

Depending on who you ask, Schreech is either what’s wrong with skateboarding, or its saviour. This weekend he spent a lot of time puking on the park. Dave Duncan seemed stoked. Most people were just confused. It seemed like it may have been a gimmick (and if you saw his skating with the barbie doll in his hand a couple years ago, you’d know he should know gimmicks are cool) but I don’t know if he deserves that much credit.

You may see a similar shot to this elsewhere. That’s because as soon as he started trying, every other camera in the park came over to get the shot too. Oh well.

So that’s what this giant wall is for!