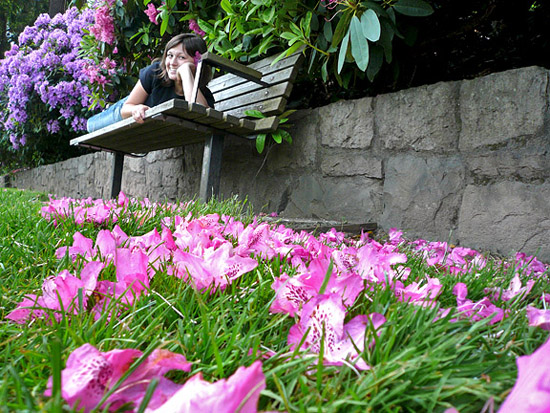 I first made it to Oregon at the tender age of 15 on a trip to High Cascade snowboard camp. It was the first time I’d flown cross country alone, so my parents insisted on getting me an escort, which I promptly ditched at the airport. Hopefully no one lost their job over it. I made it back for camp the next year, then in college found myself driving to Portland almost every weekend, which seemed like a pretty good indication I sort of like the place. Other than a brief east coast/midwest/east coast stint in the middle, I’ve been living here ever since, and no plans to move anytime soon. There are flowers, skateparks and mountains here, pretty much everything I need in one place (though not necessarily in the that order, of course.)