Blogging the shit out of things

I’ve taken to saying “I am going to blog this shit out of this” no matter what I am doing, because for some reason I now have like 15 blogs on different subjects going. There’s this one, of course, and then Alliancewakeskate.com, Futuresnowboarding.com and Yobeat (which let’s be honest, probably isn’t getting updated anytime soon.)

All this blogging makes me tired, although I do enjoy that I get to tell everyone my thoughts and sometimes I get paid for it. I just posted my first snowboard-related story in a few weeks on Future. Actually, yesterday I took Jared riding for the first time this season. The snow was sticky and we didn’t make it off the advanced bunny slope, but it was sort of fun. We had fun taking pictures of each other “getting some” and here’s the one I got of him. 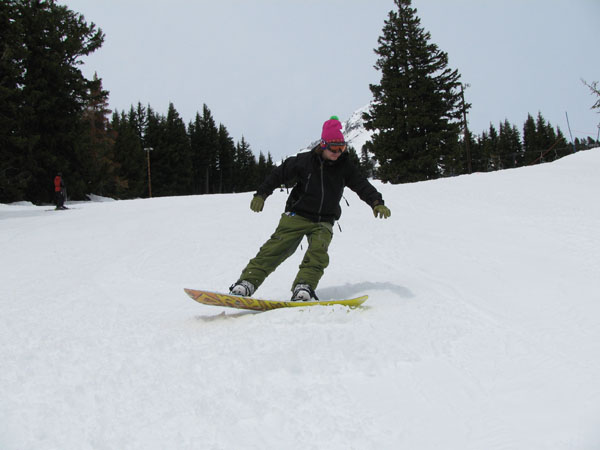 There have been several things I meant to blog the shit out of recently, but haven’t, such as the wierd Last Thursday artshow I went to. I heard it described as “a field of psuedo hipsters in a sea of bad art” but Lovejoy’s art was pretty cool. Here’s a picture of that so you can feel like you were there. 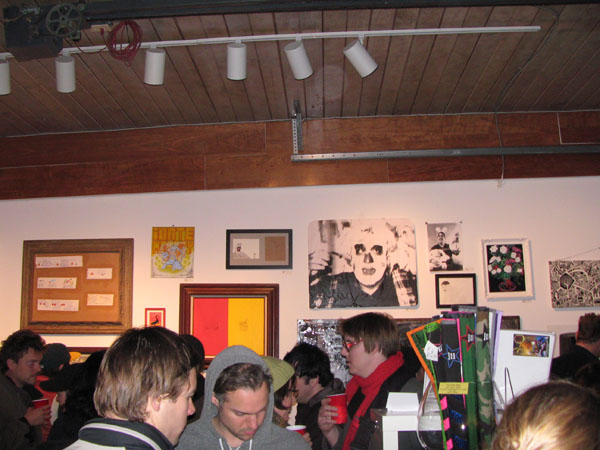 And I also went to check out the new Atmosphere store, which I would expand upon but there’s a Future Blog in the works. I will give them the exclusive!