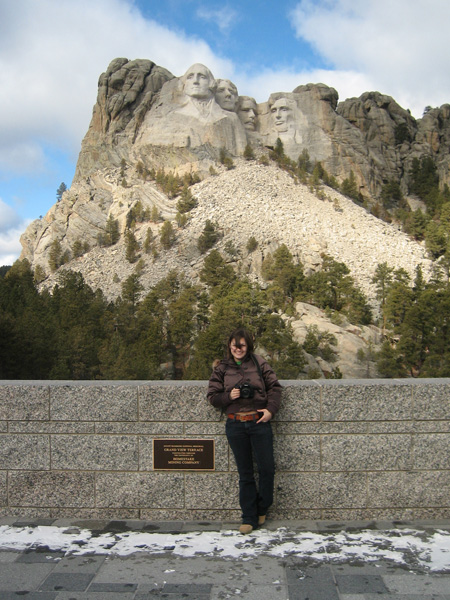 I know, I know, these two states are NOT TOUCHING, and technically I think I drove though one of them on a different trip first, but it was my cross country drive in 2001 when I first stopped to skateboard in them each. I went back to Wisconsin a few years later while living in Chicago to skateboard, and went back on an epic South Dakota adventure with Sarah Morrison in February 2006, but as far as the order of initial visit, this is where they’ve ended up.

I love South Dakota. Maybe I just have a thing for states with South in the name, but it’s honestly my favorite state to drive through. The black hills are insane; there are caves, presidents carved in mountains, and the Badlands. Oh and the signs for Wall Drug never get old (ok, they do.) But my best SD memory was the night Sarah and I stayed in Wall. It was Superbowl Sunday and we went to one of the two bars in town where everyone thought we were the greatest thing ever. The owner was pouring us free drinks and the locals were inviting us to party, and stay, at their houses. We ended up staying at a Days Inn right off the freeway, but it was definitely a highlight of that trip.

There is an amazing outlet mall here, and gas stations sell delicious cheese curds. I guess other than roadside attractions, Wisconsin is memorable for me because of the skateparks: Four Seasons in Milwaukee and a few in Podunk little towns alongside lake Michigan.