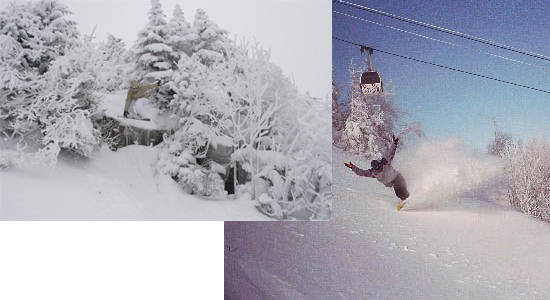 I have a confession to make. I don’t really snowboard or skateboard anymore. I mean, I still go snowboarding and skateboarding, but not with the passion and vigor I once did. I guess it’s a natural part of getting older, busier, more self-involved, etc., but it seems it may be time to admit this to my 9 readers (up from 7 a few weeks ago!)

In high school I went snowboarding every day. Senior year I had my class schedule organized so I was done by 1 pm, giving me a few hours to get up to Killington and hike the pipe or lap the gondola. When we had to “job shadow” someone for a class, I was adamant I wanted to learn about ski area marketing and followed the head of the Park Crew. (Ok, I just wanted to go snowboarding.) I should also mention that my senior year was actually my junior year; I’d set things up to graduate a year early so I could pursue my snowboard career (I was once ranked 3rd overall in the Stimilon big air series, nbd) but a torn ACL and subsequent broken ankle had already shattered that dream. In fact, that entire season of 1998 was spent riding on said torn ACL. Oops. 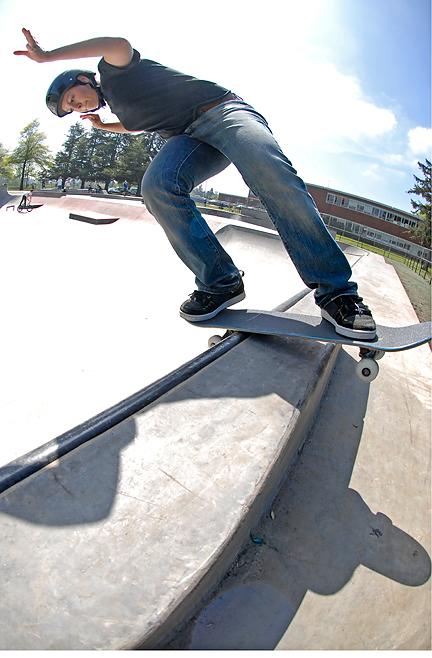 By college I’d shifted my passion a bit to skateboarding. Yes, I went to college at Western Washington University specifically to ride Mt. Baker. As it turned out though, Mt. Baker was over an hour away, and the skatepark, which had literally just opened, was more like 5 minutes. I still would go snowboarding when I could, but skateboarding became my daily routine. I got really, really ok at skateboarding, and in the process visited skateparks like it was my job, driving cross country something like 17 times an planning my routes specifically based on which towns had parks. It took me to 49 states (the 50th of which I am hitting next week, full story coming soon.) And to this day people still call me when they find themselves somewhere random and are trying to find the skatepark.

My enthusiasm continued for a year or two post college, and like I said, I still go skateboarding, and snowboarding, when I can, but one day I woke up and realized I hadn’t done either in a month. Or more. Getting older I guess.

This weekend though, I’ve had a little blast from the past/re invigoration (sorry, it inspired this self-indulgent rant) when an old friend came to town. It was approximately 1:30 on Thanksgiving day (it was a holiday so I was already hitting the strawberry vodka pretty hard) when Matt (some of you may know him as JWBF) hit me up on iChat to say hi. Somehow this led to him driving to Portland from San Francisco the next day.

I met Matt five years ago at the Akron, OH skatepark. I was actually there for a snowboard video premiere, had had too much fun the night before, and was having a little trouble staying on my skateboard that day. I actually still have a scar on my right hand from where I hit a soda can (rather than ollieing over it) and proceeded to fall over onto the rough asphalt. Matt and I have stayed friends, and although we’d sort of lost touch over the years, when he said he wanted to come to Portland sometime, and I said do it, it was only a few hours before he was in the car. This is why I love skateboarding and snowboarding in the first place.

It was already set to be a fun-filled skate weekend, with an old friend who’d never skated Oregon concrete. Then Nick Lipton texted me. “Meadows night riding starts tomorrow. You wanna go?” Now I met Nick in the Mt. Hood Meadows park on opening day 2007, (and he jumped over a kid so I could take a picture) but to this day, we’d never actually ridden together. So this seemed like an amazing opportunity to do some YoBeat team building, get some content, and yes, even snowboard.

Matt had arrived earlier in the day and we skated Glenhaven (blown out with fellow bloggers and little kids) and then West Linn (the O.G. spot, where who would show up but the Dude Barn.) I tried to keep it mellow though (who am I kidding, I haven’t “tried” in years) because I was snowboarding that night. At quarter to 4 I got home to find Nick asleep in his car in front of my house.

Friday night was one of the most fun I’ve had snowboarding in awhile, mostly because it reminded me of the good old days, when snowboarding was just a part of my day (because the mountain was 20 minutes away) and not an all-day project. And yes, I’d not afraid to say the video turned out epic. Not even any hate comments (yet!)

Now I know what you are thinking. That was a truly extreme day (I don’t call myself an extreme journalist for nothing) but wait there’s more! Saturday Matt and I set out to actually skateboard. I was feeling pain in some muscles I didn’t know I had, but it was dry, and a Battle Ground mission was in order. Despite sucking down electrolytes, I was feeling a bit sluggish. It took me at least an hour to get warmed up (which may again, be part of getting older) but eventually Matt and I sessioned the little coping-less quarterpipe behind the big bowl and I landed a trick. It was cool.

Sweaty and satisfied, we got back in the car, Portland-bound. I checked my phone to find a missed call from Jesse, an old skate friend from Bellingham. He was in town, they were going to check out the new indoor bowl at Epic Snowboard shop in Northwest. It was one of those days, so we said we’d meet them there. A full story about the shop and bowl is coming soon, but for now, here’s a picture: 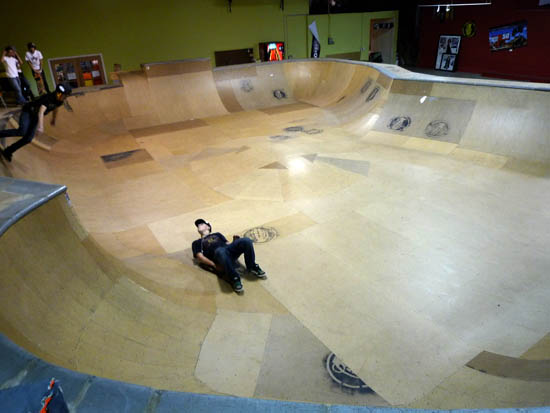 Needless to say, I am very sore right now. But maybe this will be the season I “get back into it.” Maybe I’ll drop everything and be a shred bum once again. But probably not, cause I’m sort of busy with work and running my other 18 websites. And I have new passions now! But hopefully there will be more weekends like this one soon, so I never forget how good it is.