I had a good three-week run of my list of 5 things more important/interesting than snowboarding, and I still plan to do them occasionally, but being honest, I haven’t really been paying attention to the outside world lately. Rather I’ve been perfecting my sales skills, running too many websites, and even doing a little actual snowboarding. But I know my 8 dedicated brookegeery.com readers demand new content, so here’s 5 Things I Did This Week. 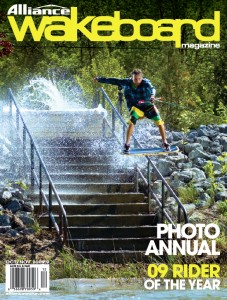 1. 2009 Alliance Superlatives. In years past this has been a large magazine feature, but as you may have heard, times are tough for print right now. So with reduced page counts, the feature has moved online, making it my responsibility! Other members of the staff did many of the write ups, but I’ve been posting them up each day, and even wrote all of the wakeskate rider awards myself. Check out co-Wakeskater of the Year, Most Improved and Rookie of the year, up so far. The video and “funny” awards are coming next week.

2. Opening Day at Meadows! It’s sort of weird when you are too busy writing about snowboarding to actually go snowboarding, but this week Mt. Hood Meadows opened up and I dropped everything and made it happen. Actually scratch that. I wasn’t smart enough to leave my phone in the car, so I spent the lift rides dealing with various crisis as well as making the above documentary about Timbro. Be sure to check out the post on YoBeat where you can read all about his first day last year and realize how amazing this day really was. 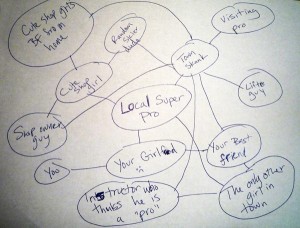 3. The Make Out Web. This is honestly a story eight years in the making. You can get the whole history of the web itself in the post, but it took me this long to figure out how to do it tactfully. I think it came out well, but I’ll be honest, the real thing was WAY better. 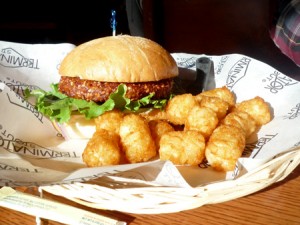 4. Lunch blogging. We’re still eating our way up and down Hawthorne, although this week included a few off days due to snowboarding and a failed attempt to go to the non-existent west side of Hawthorne, but I did make it to the Barley Mill Pub, Burgerville and Thai Spoon.

5. Sell, Sell, Sell. It helps that YoBeat has officially caught on and people are realizing the value of online advertising too, but my new found responsibility is quite time consuming! Luckily I’ve hired two very awesome interns, who are helping me with with a bunch of the tedious stuff, including migrating all of YoBeat’s old content to WordPress. So thanks Amy and David for all your help!

Comments on "5 Things I Did This Week"