Bear Mountain’s annual pre-season shred fest, Hot Dawz and Handrails, went down on September 19, 2015 with a stacked field of boarders from around the globe. Some 60 competitors came out to hike, sweat, and vie for the $10,000 grand prize, and here are a few of the reasons we’re stoked we got to see the mayhem in person.

1. Zak Hale. For whatever reason, the peanut gallery of this site loves to hate Zak, but anyone who watched the two frenetic heats of snowboard action would have a tough time hating on him anymore. Not only did he start with some of the heaviest moves of the day, I’m pretty sure he didn’t fall at all. Accordingly, the judges awarded him $10,000 for his efforts.

2. The course. Every year, the Bear Park staff comes up with new ways to melt minds with their set ups and 2015 was no exception. Two skinny strips of snow formed an x dotted with high-consequence features to be man-handled by the riders. Granted, it’s still summer in SoCal and warm temps left the snow on the sticky side, so gaining speed for said features was a challenge, but from a spectator stand point, it can only be described a constant barrage of serious stunting.

3. Non-stop-action. If you were bored at HDHR, you should look into a new hobby. In addition to watching riders risk life and limb (and live to tell the tale), there was also music, dancing, skating, drinking, eating and babe watching to be done.

4. Wahoo’s fish tacos. Free for competitors and delicious for everyone else, when listing redeeming qualities of Southern California, these will always top my list.

5. The Weather. Unlike, well, anywhere else with snowboarding, good weather at Bear Mountain is pretty much a given, so it should come as no surprise that the sun was warm and the breeze was slight for the event. And now my tan is on point, just in time for 4 months of rain in Portland!

6. The Bear park staff. These guys were on hand to toss snow on features when they were sticky, and to remind me that getting too close to get the shot was dangerous, without even being dicks about it.

7. Oliver Dixon’s one-footers. Standing out at an event like HDHR can be tough, and while Oliver didn’t score any cash or official accolades for his efforts, his one-footed gap to rails (in a Jason mask, no less) were a spectacle that cannot go unmentioned.

8. The next generation. The field of competitors was a who’s who of snowboarding superstars, but the youngest riders in the field, including Drayden Gardner and Benny Milam, held their own with the big boys, just missing spots on the podium.

9. Madison Blackley. Even though she was busy trying to find a place to puke during registration (hangovers are a bitch) Madison went non-stop once the contest started, hitting and completing just about every feature on the course, earning herself top honors for the ladies and $2000 cash.

10. Denis Leontyv. The human Russian roulette wheel himself earned best trick with a 450 over the pool gap to lipslide and damn, it was impressive.

11. The judges. Being a judge for this event (an honor handled by Joe Sexton, Dave Downing, Brandon Hobush and Frank April) was no easy feat, as everyone was throwing down despite sticky snow the solid chance of taking a dip in a muddy pool or landing in a pile of rocks. While competitors lamented how hard it was to stand out, when all was said and done, most would have a hard time arguing with their official decision. 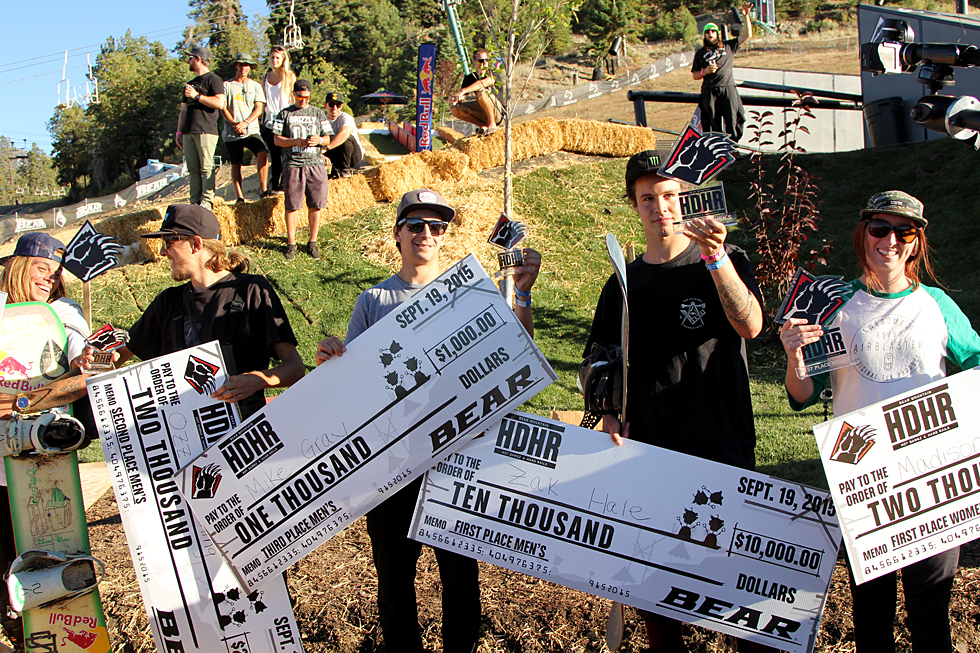