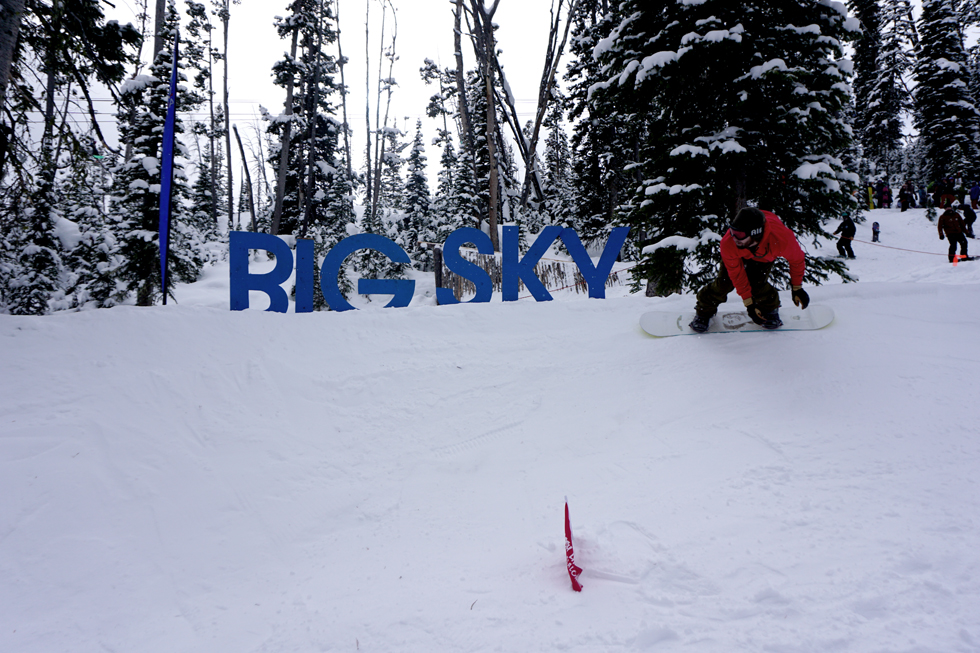 For the past five years, Shane Stalling has labored tirelessly to bring the people the Smash Life Banked Slalom at Big Sky. Held in honor of fallen comrade Aaron Robinson, the event raises money for the Plant a Seed Foundation and brings together the Montana snowboard community like no other. This year the runs went down from Jan 9-10, two mellow days with plenty of time for course inspection and smashing beers, as well as a metal show from local band Scavenger on Saturday night. The course was conveniently located next to the terrain park under the Swift chair, in the Big Sky version of the Stash, with 12 or so tight-yet-manageable hand dug banks and a low-gnar factor compared to years past.

Part of what makes this banked slalom stand out from others is the fact it’s at an incredible place such as Big Sky. The resort goes out of its way for this event – offering hook ups such as $50 tickets for competitors. (They’re usually a bit more expensive…) If you’ve never been, Big Sky is a nice glimpse into how the other half lives, with slopeside hot tubs, pristine grooming, and an insane uphill capacity that whisks you up to the 11,000 ft top of Lone Peak if you so desire. You may even run into a Kardashian here. And because it’s Montana, the snow is crisp and cold and somehow manages to get better through out the day, not worse. It’s incredible, really.

But enough about that. On the course, Kyle Miller took the win in both men’s open class and the switch race, edging out last year’s champ Micah Hoogeven. Sarris McComb took the win for the women, obviously. For full results go here. 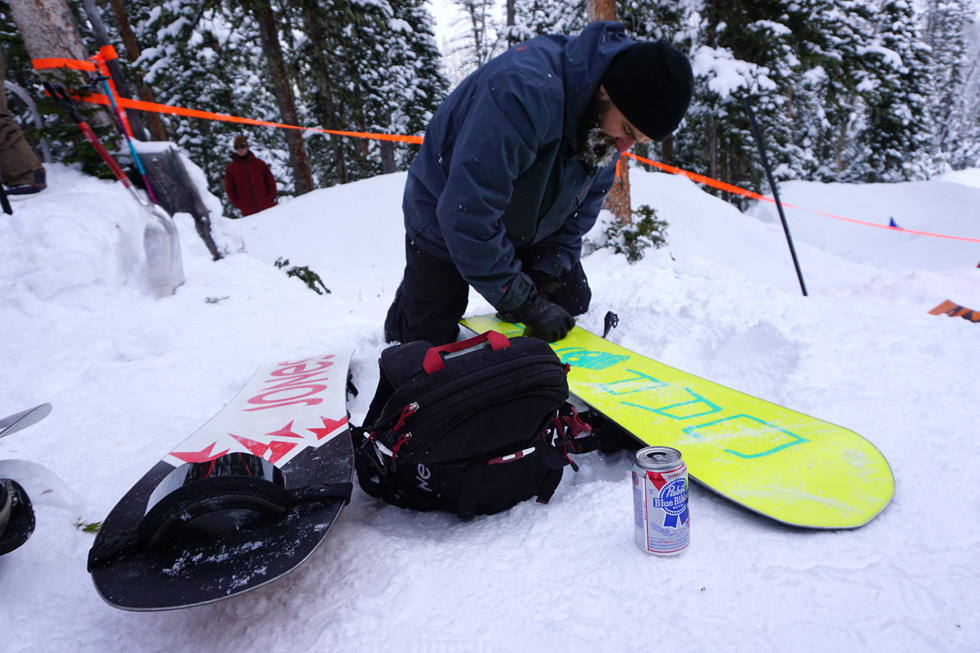 At a lot of snowboard events, cool guy vibes are prevalent, but not here. Smiles, high fives and introductions to people you don’t know are the norm. The competition is real, but at the end of the day, no one cares who wins. (Just as long as they don’t get last, right?) While there were not a ton of big name pros in attendance, crews from Washington, Minnesota, Idaho and more showed up to get in on the action. The result was a big party of friends that I’m glad I didn’t miss. If you get the chance to go in the future, don’t blow it, Smash Life Banked Slalom is one for the books.

The action continues next weekend at Alpental*, where after a couple years of low tide, well, it’s gonna be sick!

*It should also be noted that the top combined times from this race and Alpental will score a bid into the Baker Banked Slalom, so hopefully Kyle likes taking trips to Washington!