A FEW OF OUR FAVORITE THINGS FROM THE 30TH MT. BAKER BANKED SLALOM 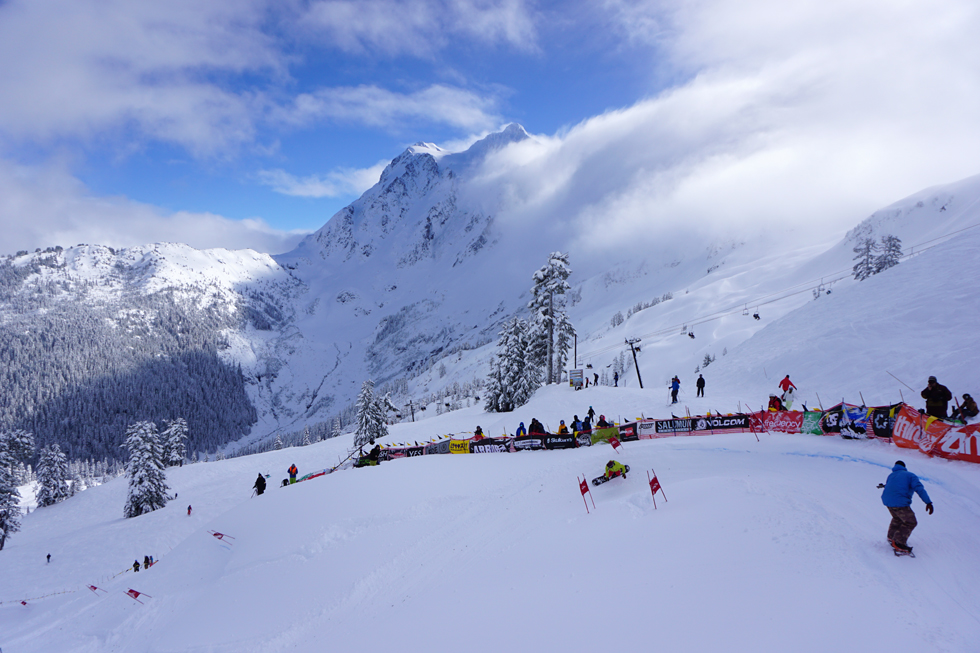 When you’re Ken Achenbach, you don’t do anything without two GoPros following you.

The Legendary Mt. Baker Banked Slalom made its triumphant return after a year off due to that bitch mother nature on February 18-21, 2016. The event was super sized for its 30th year, spanning four days of rain, sleet, snow, hail, wind, sun and just about everything else you could throw at a massive group of snowboard-types. But you know what they say about the weather at Mt. Baker: if you don’t like it – leave. And it’s hard to complain after a day like Saturday when competitors awoke to the requisite 8 inches of new snow and were treated to classic Baker goodness that was only mostly tracked out by the time the sun came out in the early afternoon. But enough about the weather – it’s hardly the reason that people travel around the globe for the legendary event which has happened almost every year since 1985.

This year’s course was the longest and trickiest yet – 43 turns, which at the bottom were so tight speed was slowed to a crawl as competitors did their best to navigate them. Some said it’s the longest banked slalom course anywhere in the world, and all but the fastest times topped 2 minutes. If you’ve ever gone balls-to-the-wall for that long you’ll know is a challenge no matter how much yoga you did last night. But it’s all part of what makes the event special. Everyone has their own reasons for trekking East on 542, so for the real scoop, we turned to the pros to get their favorite parts of the weekend. 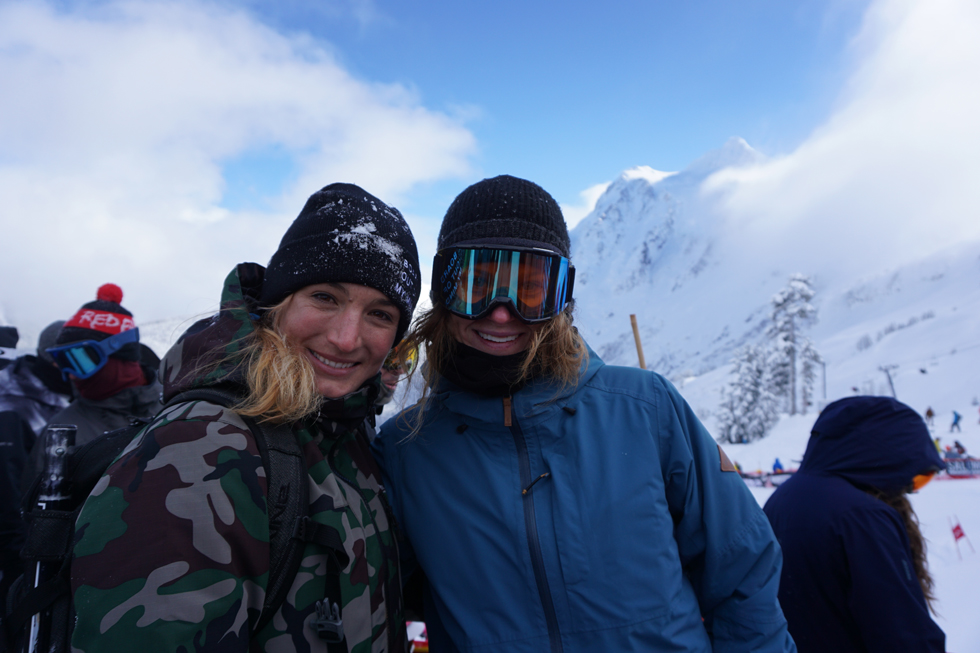 Hana Beaman – My favorite thing about the Baker Banked Slalom is having all these rad people come here and hang out and then get to shred Mt. Baker. Especially this weekend it was awesome with the snow and the conditions. Everyone just gets to shred around this mountain and it’s fun because there’s not a lot of people here on the norm. It’s like a party wave.

Jf Pelchat – To come here, RVing in the parking lot with friends and family and riding with your kids. After my pro career this is last stop, just being here with your kids and seeing them ripping the course. 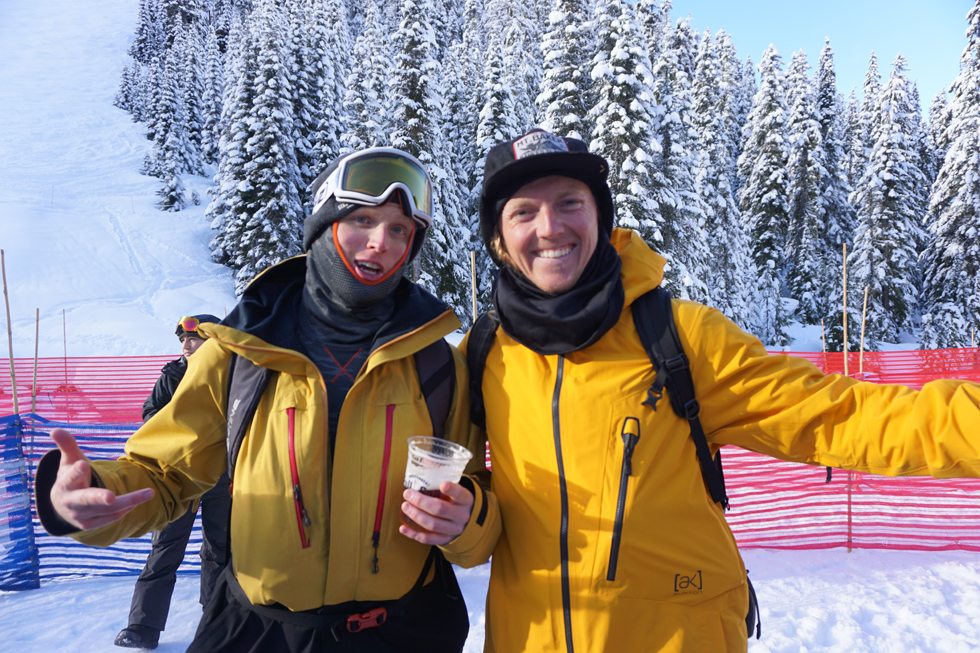 Matt Wainhouse – Riding down taking the turns after I take my run. It’s relieving and they feel nice and easy.

Austen Sweetin – My favorite thing about the event is all the people that are here and all the speed we see hauling ass down these berms. You never know who’s gonna make it or blow out trying.

Tucker Andrews – Following the Warbs around.

Gus Warbington – My favorite thing about the event is the gathering of people.

Max Warbington – It’s the bros and everything except for racing down the course. That’s my least favorite. Everything up until that point I like. 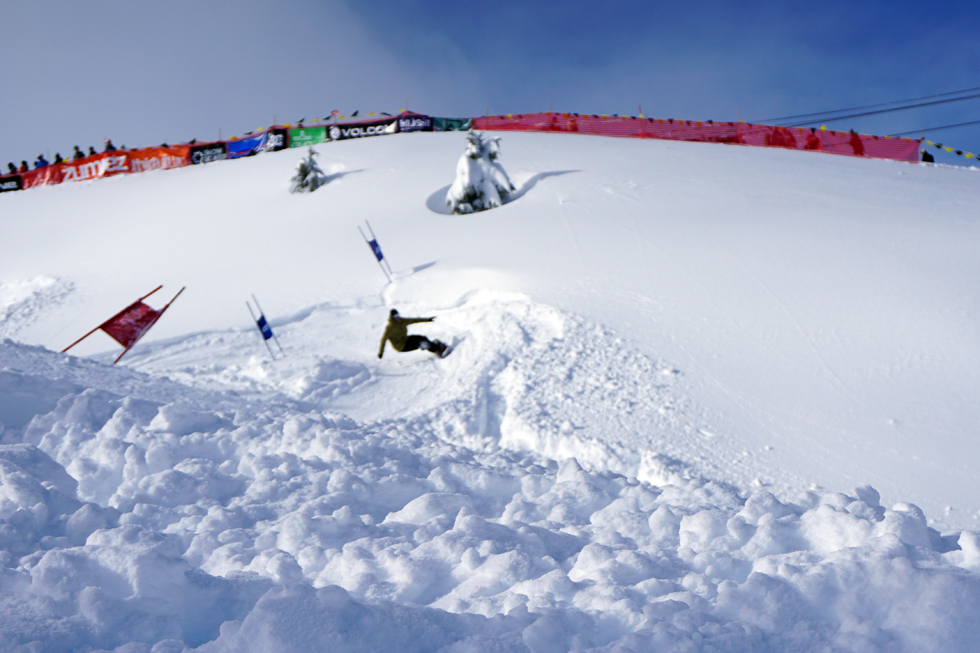 Scotty Lago – Seeing all the people I haven’t seen in forever. I’ve been on the contest circuit and this is whole different group of people that I get to see. People like Jake Blauvelt, Eric Jackson, Patrick McCarthy, Terje Haakonsen. It’s really cool to see everyone in one good setting like this.

Mike Basich – The people, the environment, the vibe, all the love.

Jake Blauvelt – Getting to hang with all the legends. Take runs, even outside the course. There’s all the anticipation to get in that course, all the butterflies. You finally get in and get to ride the course and just enjoy it. It’s for your run, but you gotta enjoy it because you don’t get any practice. I love to be here with the legends and enjoy those banked turns because you don’t get that anywhere else in the world.

Alex Yoder – My favorite thing about the Legendary Banked Slalom is camping in the parking lot because I really don’t like commuting. I like waking up and walking to the mountain and they just let you camp here for free and that’s a beautiful thing. And the snowboarding’s fun. 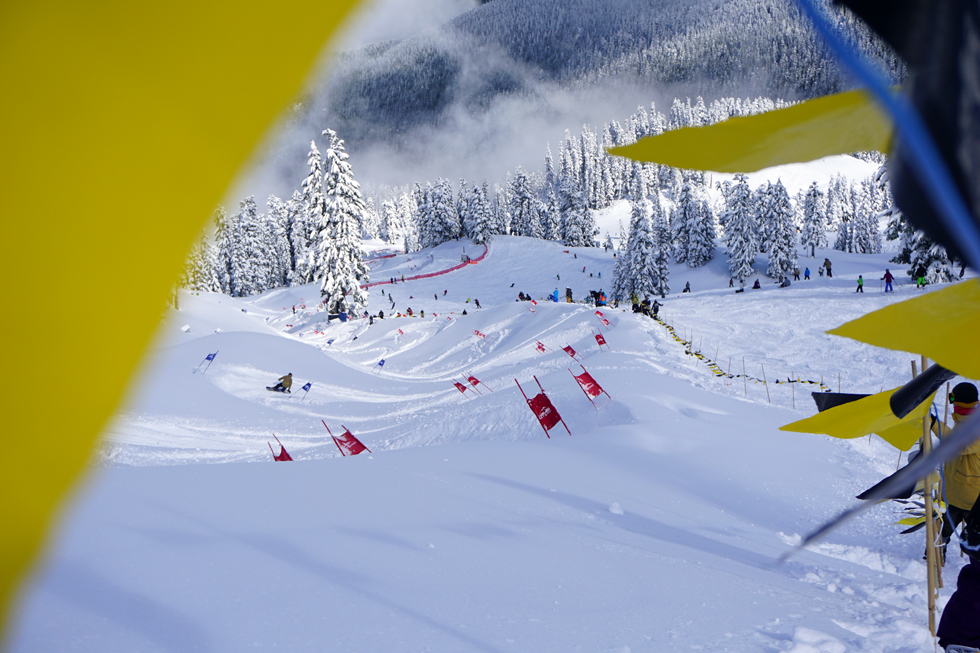 And if you fell, there was a bitch pow run to be had.

So it’s settled, the people, the place, the speed, the food. It’s all good and makes the great event. That said, Mattieu Crepel and Maelle Ricker were awarded the golden duct tape for going the fastest in the pro division and lots more results are here. Until next year…