THE ON-HILL MAKE UP: HOW TO TURN YOUR LOVER INTO A BOARDER 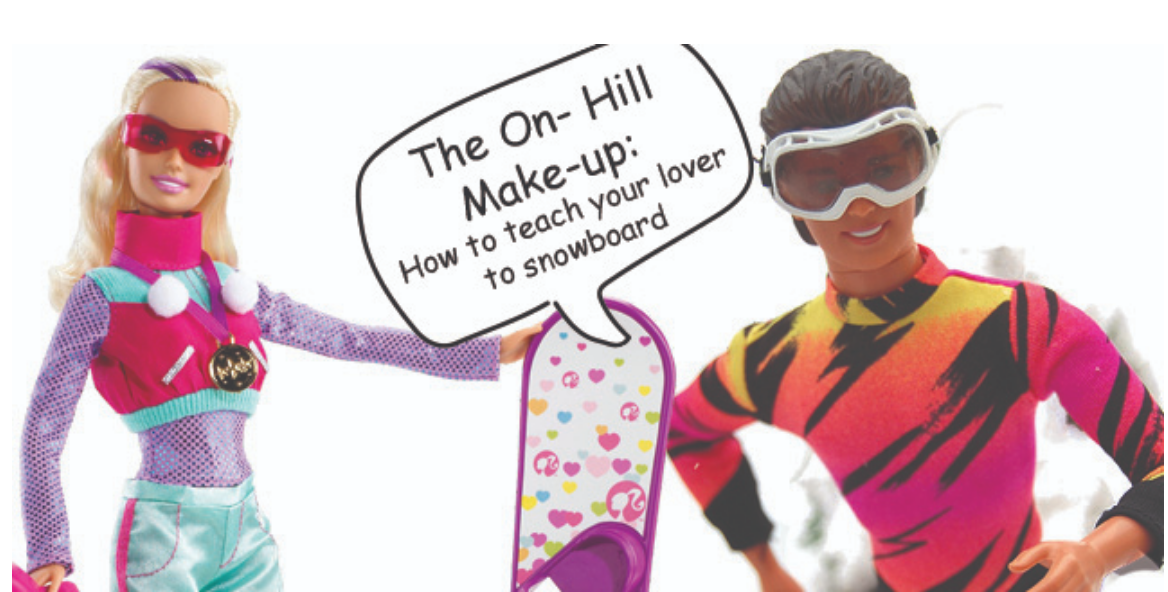 It’s been said that you should never snowboard with your significant other. But what if through some miracle of chemistry or internet dating, you’ve found “the one.” The only problem? He/she doesn’t snowboard. Trust us, this will lead to nothing but heartbreak and Christmas-powder-day guilt if you just let them remain a non-shredding member of society. But who the hell really wants to teach someone to snowboard? No matter how much you love them. Never fret formerly-single person: we’re here to help.

1. Get them a lesson 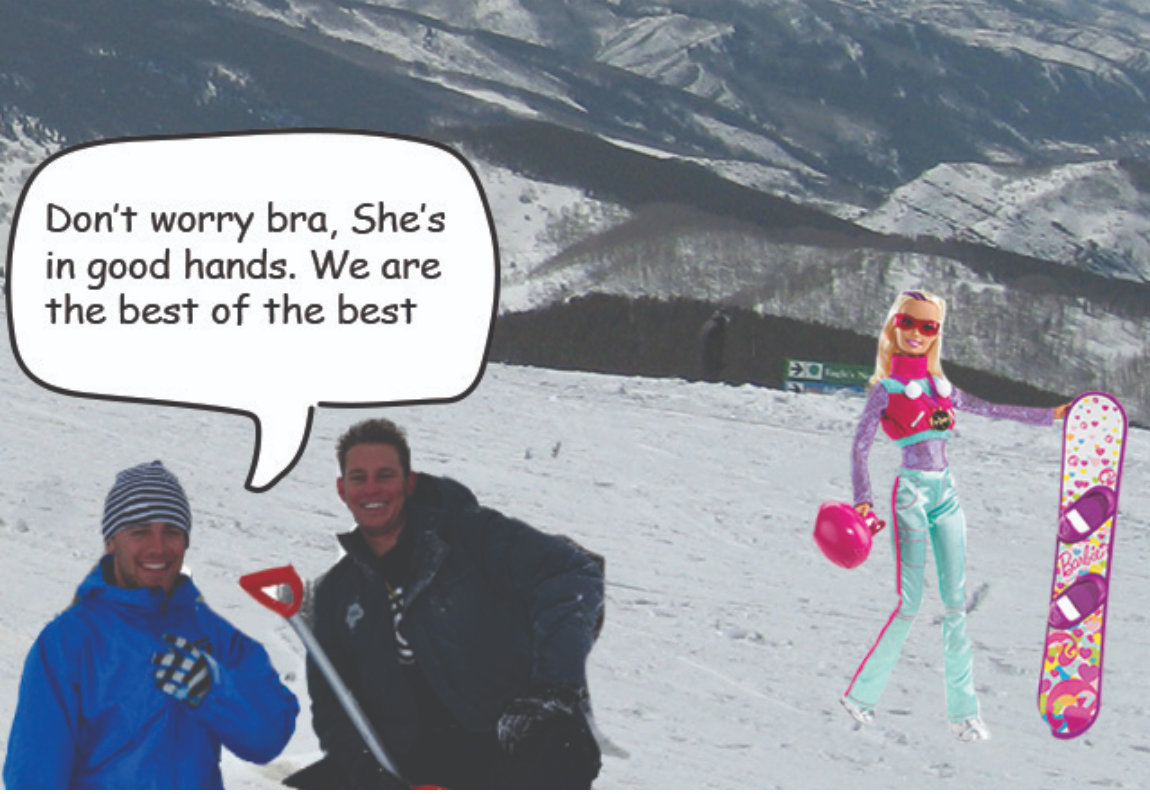 Seriously, let someone else spend that miserable first day of falling with your partner. Maybe the “pros” will even be able to prevent them from breaking any bones, a sure fire way to lose them from the start. If they refuse, leave them alone for the first two days. 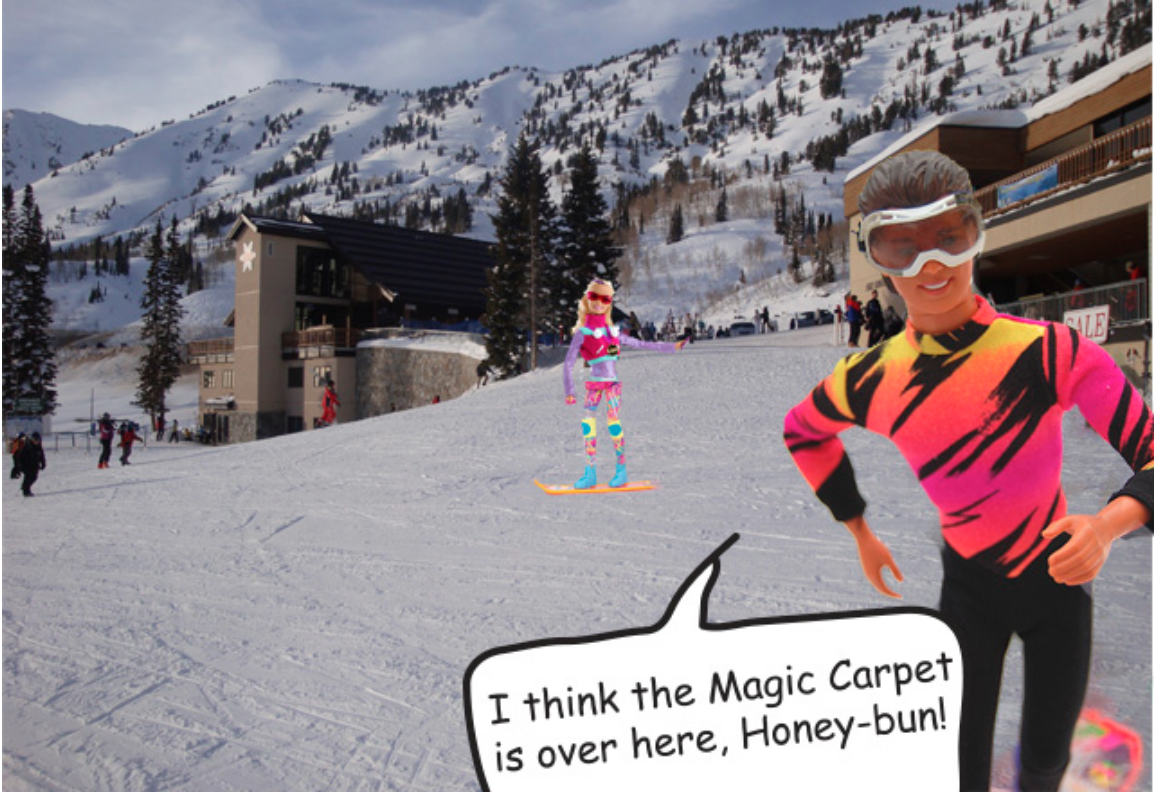 Once they’ve mastered their J-turns and garlands, it’s time to take them out and show them what real snowboarding is all about, right? Not so fast there, Charlie. Unless they’re a snowboard wunderkind you’ll probably have to spend the next few times snowboard waiting for them and giving them pointers. It’s ok, it will all be worth it someday.

3. Tell your friends to fuck off. 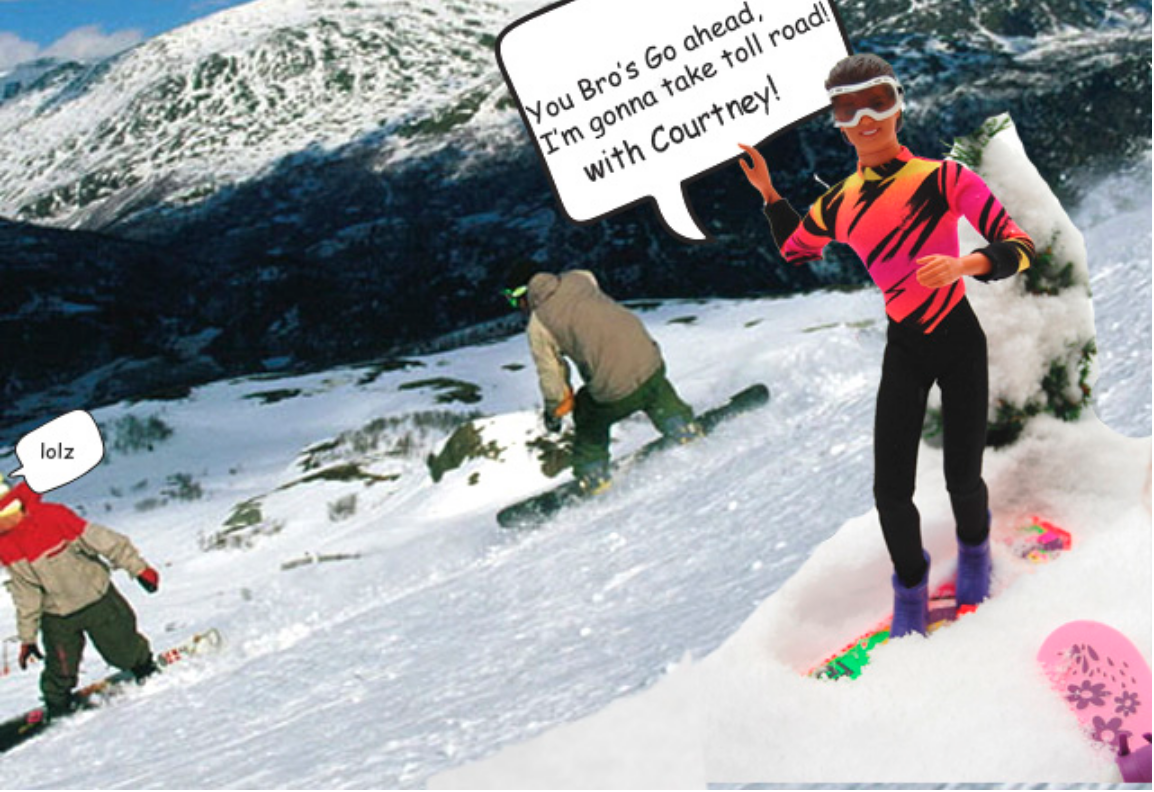 They’re not just useless to you on a powder day, your friends will also not be helpful while trying to get someone hooked on snowboarding. But! I love my friends, you might say. Newsflash: your significant other probably doesn’t love them as much as you, and their zany antics will only serve to be annoying while he/she is trying to learn. Once your partner is at a moderate-intermediate level, you can then let snowboarding be the proof that you buddies aren’t all drunken buffoons (warning, it may not work.) 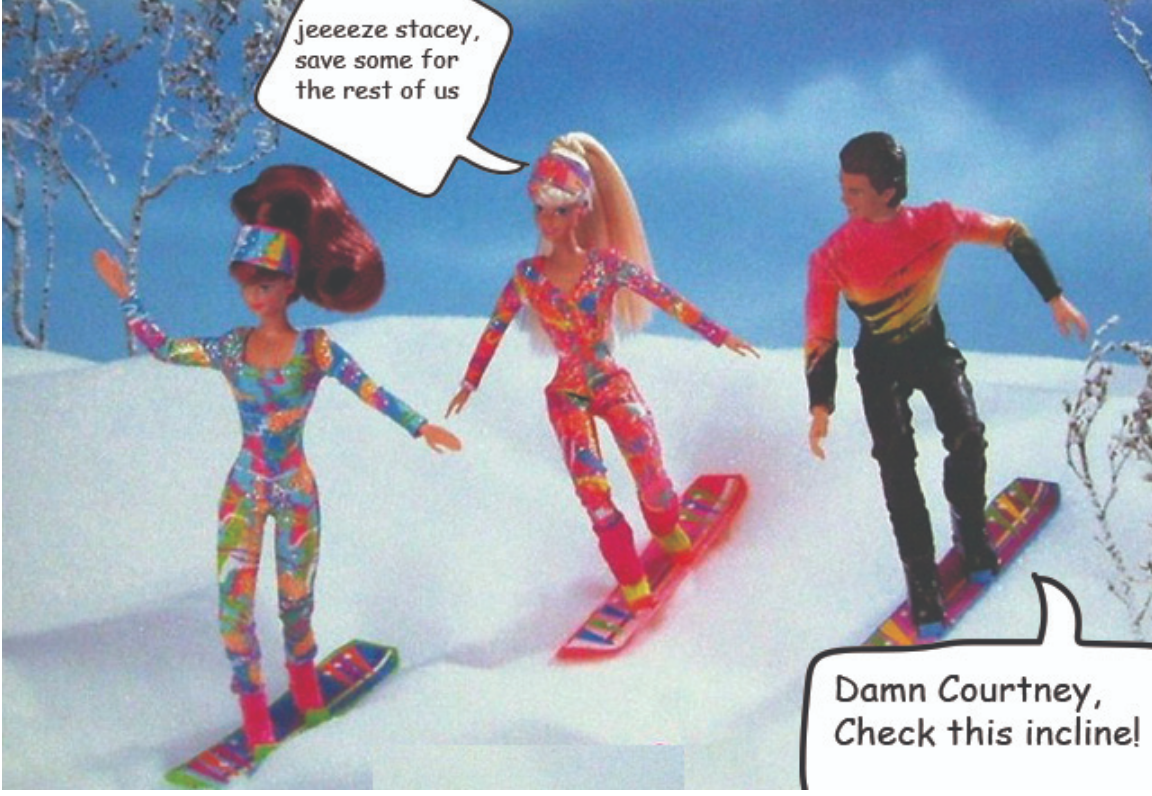 Remember, different people like different kinds of snowboarding, and until they’re hooked, you want to make it as pleasurable as possible. So, even though “the trail isn’t that steep,” don’t make your girlfriend/boyfriend ride through the park so you can hit the boxes. They will thank you, and so will other people who’s way they’re not in. Make it your goal to make sure she/he is having a good time. We promise, a few days of sacrifice and compromise won’t kill you.

5. Remember, they don’t love snowboarding, yet.

Some people will love snowboarding right away — just being outside, hanging out with friends, getting exercise — but many “normal” people will find something to hate. It hurts, it’s cold, they’re bad at it, whatever. All of these things pass with time, but it’s going to take patience to get there. Be understanding when they want to quit after an hour, or at least buy them a drink while you take a few more runs.

In time, the bug will be caught (how could it not be) and you’ll have a perfectly-trained riding buddy in addition to a loving life partner. And what could possibly be better than that?