While I’m admitting to being old and falling asleep at shows, I should also note I once feel asleep in the front row on an emo show. It was my friends’ band, formerly Hijack the Disco, now known as HIJK, because Panic! at the Disco issued them a cease a desist. Anyway, I had gone to a wedding reception prior, been drinking all day, and as soon as I sat down (even in the FRONT ROW) I just nodded off. It was a small show, so obviously the band was aware of my absurd behavior, and proceeded to throw my name into songs to try and wake me up. It didn’t work.

That said, I have NEVER slept through a Saves the Day show. It’s hard to sleep when you’re bouncing up and down and punching the air, ya know. I love Saves the Day and when I heard they were playing Musicfest Northwest, it was the only reason I secured a wrist band. 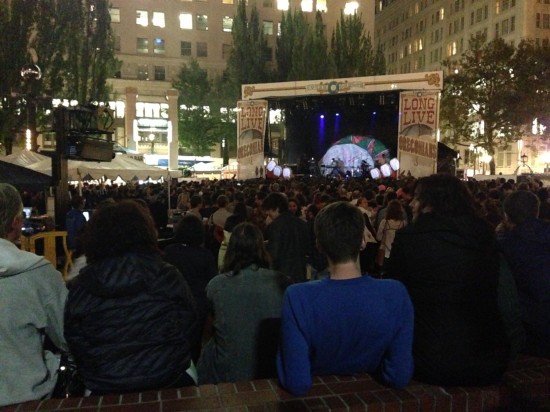 However, Saves the Day did not take the stage at the Hawthorne Theater until 10:30, which had I sat at home waiting for, I would have been dead on the coach before it started. Instead I figured we might as well take advantage of our VIP access and go check out the big show in Pioneer Square — Animal Collective. Figuring I’d heard of them, and any “alternative” band that managed to penetrate my brainspace must have at least one hit I would like, we headed across the bridge to check it out. Apparently, Animal Collective is like some hipster Phish that just plays long stints of noise with banging and stuff. I made it through three “songs” before deciding a drink at a bar sounded a little more pleasurable.

We got to the Hawthorne Theater a little before 10 and the opening band, Into It. Over it, was still on stage. Jared had informed me I would probably like them, because they’re “emo” and had I been in college, I probably would have. But realistically, the reason I like Saves the Day isn’t because that sound still gets me going, it’s because it reminds me of being 19 driving around in So Cal, or being in college in Bellingham. And I know all the words.

It seems I am not the only on either. Granted, it wasn’t a huge crowd, but you could describe the pit as “frothing” any time they played a classic from Through Being Cool. And much like myself, any time they played new songs, the crowd mellowed a bit. But the show was long and I stayed awake, a true testament to the fact that I just need epic entertainment.

And as if that wasn’t enough, here’s me after the show, just hanging out with Chris Conley (read: nerdily asking if I could get a picture with him.) 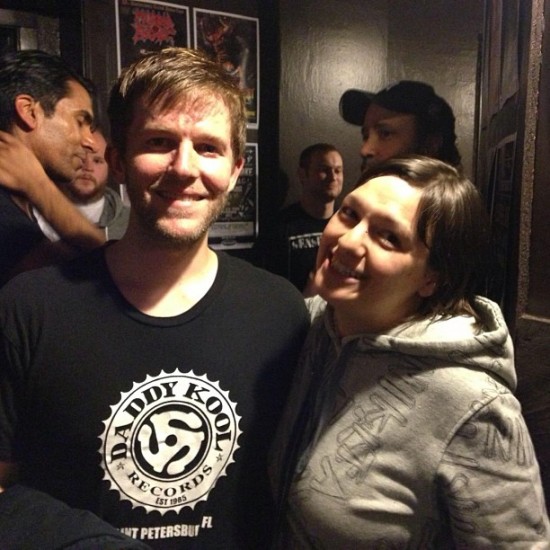