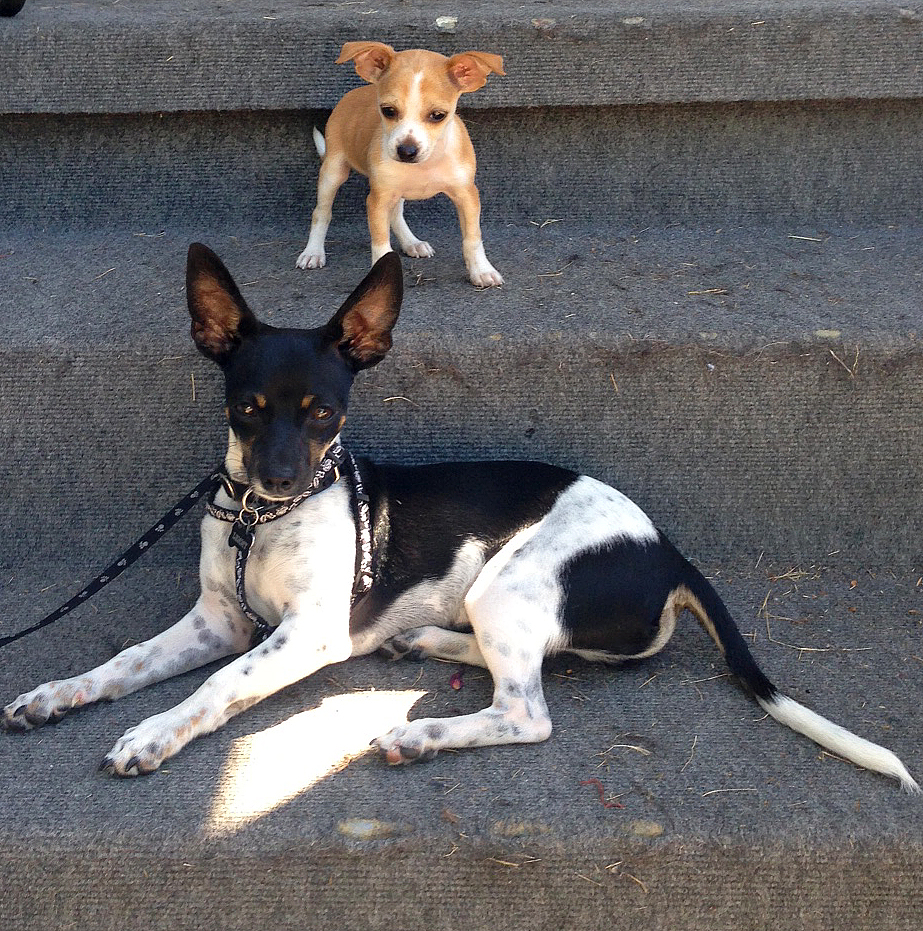 Recently I posted the ultimate instagram. You may have seen it if you’re one of my over 500 followers, but if not, check your feed now! You’re not following me? Jesus it’s @brookegeery. Anyway, it’s the same photo as above, but you’ll need to see it on Instagram to grasp the amazing filtering choice I made (this one was edited in boring old Photoshop.) I know this is the best instagram ever because I can see how many people like it (the ultimate sign of success) and at press time it had upwards of 12 likes. Because of that, I decided a making of the ‘gram post was in order so that when people start trying to find more info about the photo, it’s ready.

So while this moment may look totally natural, the truth is it took a few tries. Wrangling two puppies (6 months and 7 weeks) to pose and look adorable together turned out to be quite the challenge. 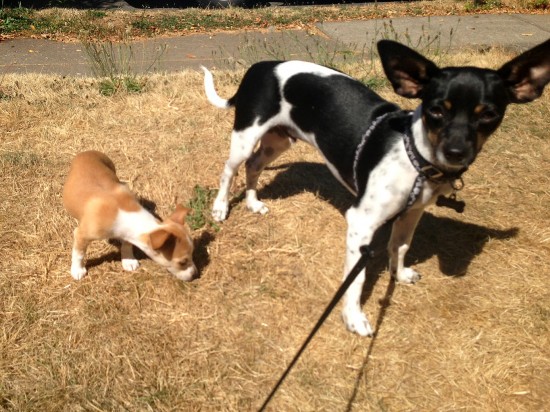 Lemmy was hard to get in focus, and Belle couldn’t have cared less. 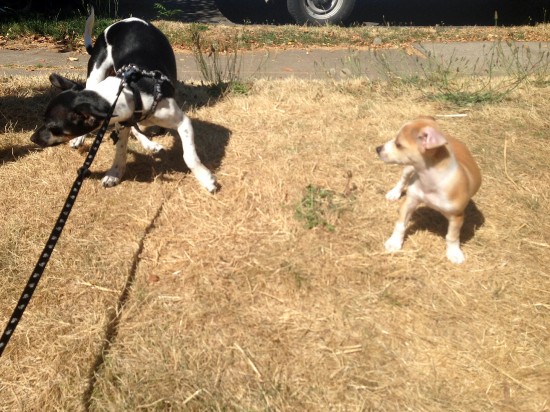 Then Lemmy was like, this is stupid, and tried to leave. 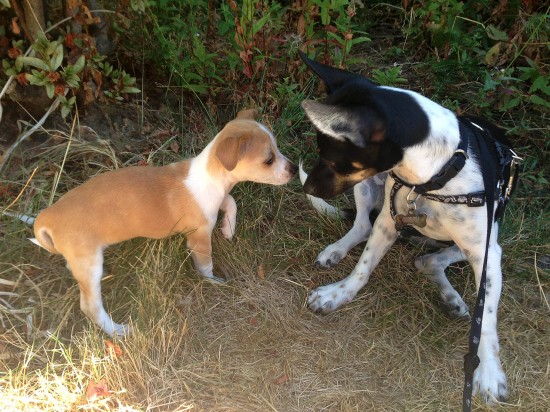 This one actually turned out pretty cute. But I wanted them both looking at the camera, dammit. 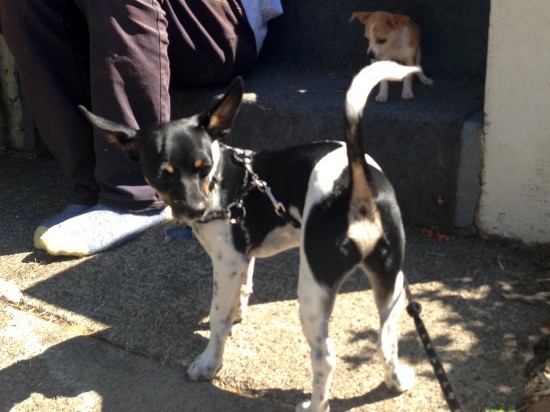 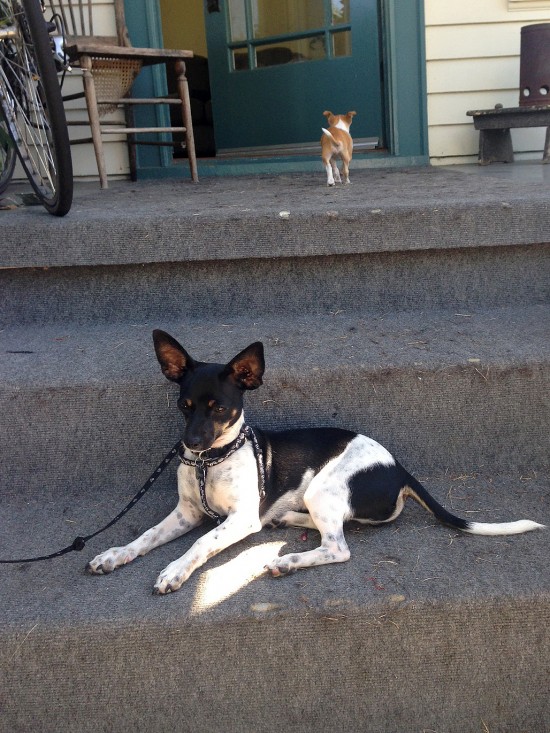 We finally figured out the stairs were the ultimate set, but Belle was over it.

Luckily she weighs under two pounds, so it was pretty easy to put her on the second stair, where she wasn’t able to move, Lemmy has gotten so over it that he was just chilling on the stair below, I whistled and magic happened. This photo now as 19 likes and a comment, so it’s pretty safe to say it’s going viral.