Posted by admin in General | travel 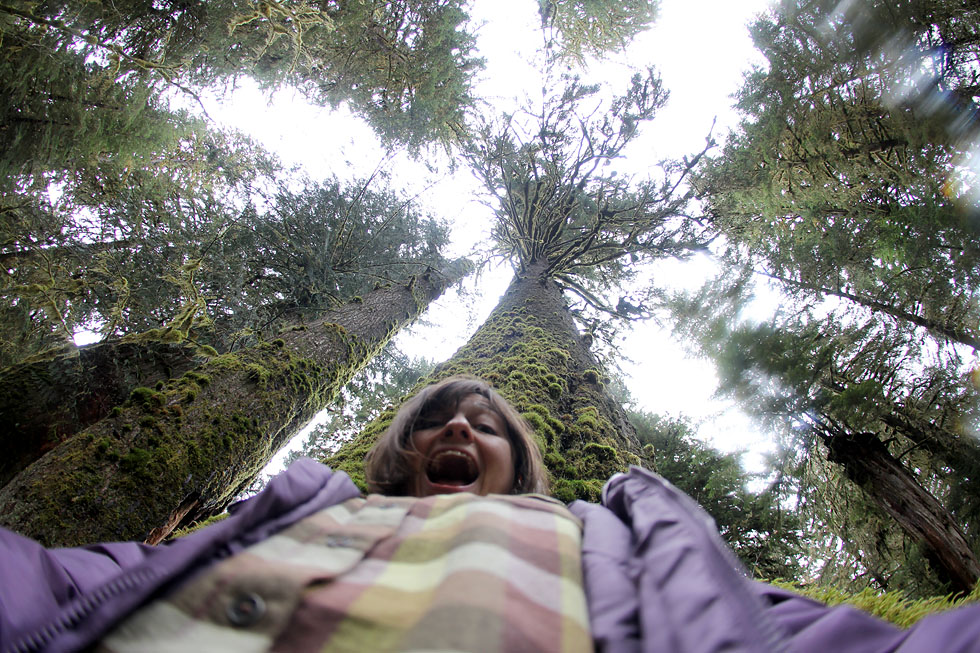 It was my 3rd 29th birthday last week, and since it’s the one holiday a year that’s all about me, that means I get to do whatever I want! This year I wanted to drop everything and take an impromptu trip to the Olympic Peninsula. Even though I’ve almost lived in the Northwest long enough to be considered a Northwesterner, this is one corner of the country I was yet to explore. 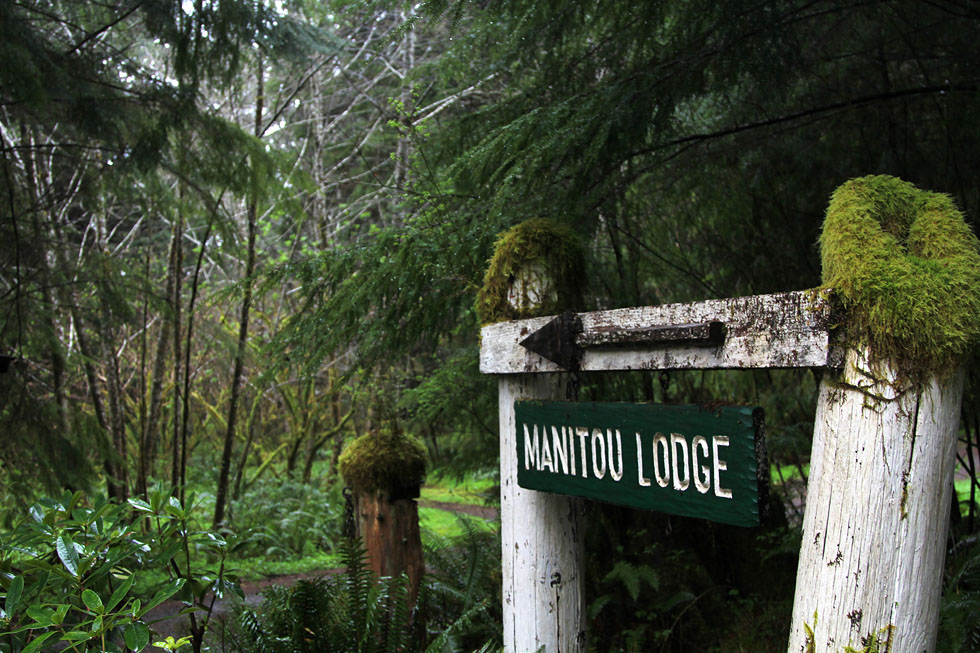 There was a sign that said “rustic retreat” but despite Jared’s greatest fears, the Manitou lodge had both electricity and showers.

We stayed two nights in Forks, where they filmed Twilight and had I actually seen the movie, this would probably have been pretty exciting. The townsfolk certainly seemed proud of it, as everything from the Native Art Gallery to the Burger Joints boasted all sorts of Twilight souvenirs. We stayed at a quaint B&B like real grown ups, and spent the days burning fossil fuels to check out the rainforest, beaches and various “big trees.” 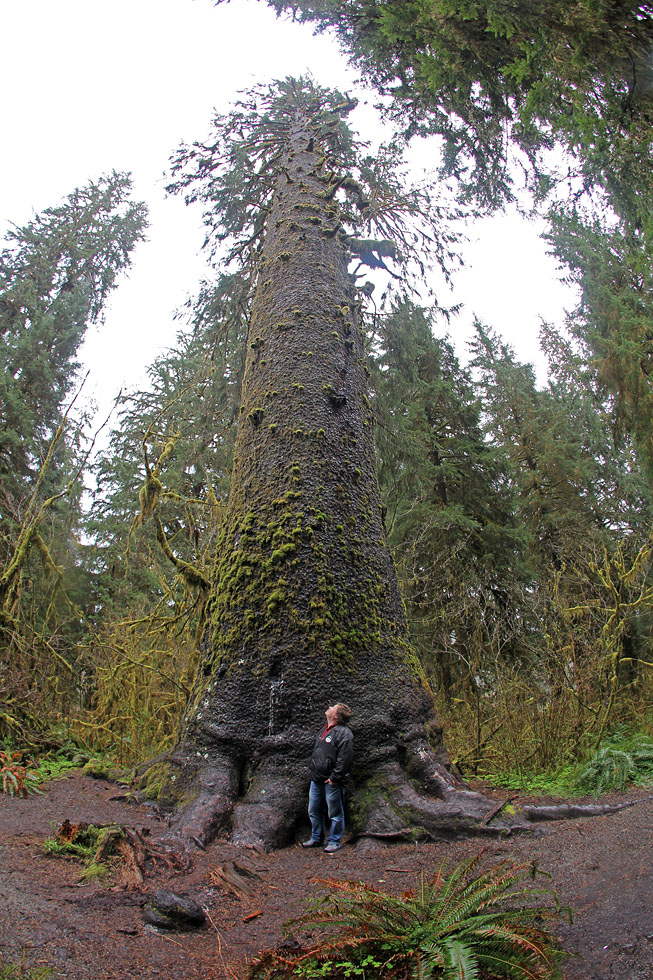 This was just one of the “big trees” we saw, each denoted with a sign so you knew it was especially big. The truth is, all the trees up there are big. 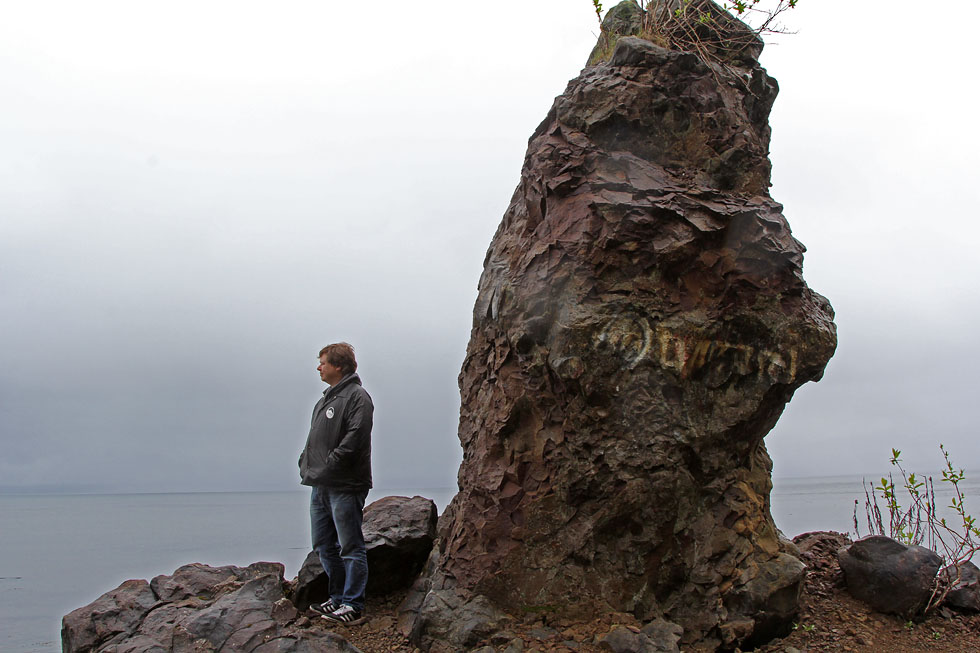 I made Jared stand by lots of things. This rock on the Northwestern Coast was almost as far Northwest as you could get, so that’s something. 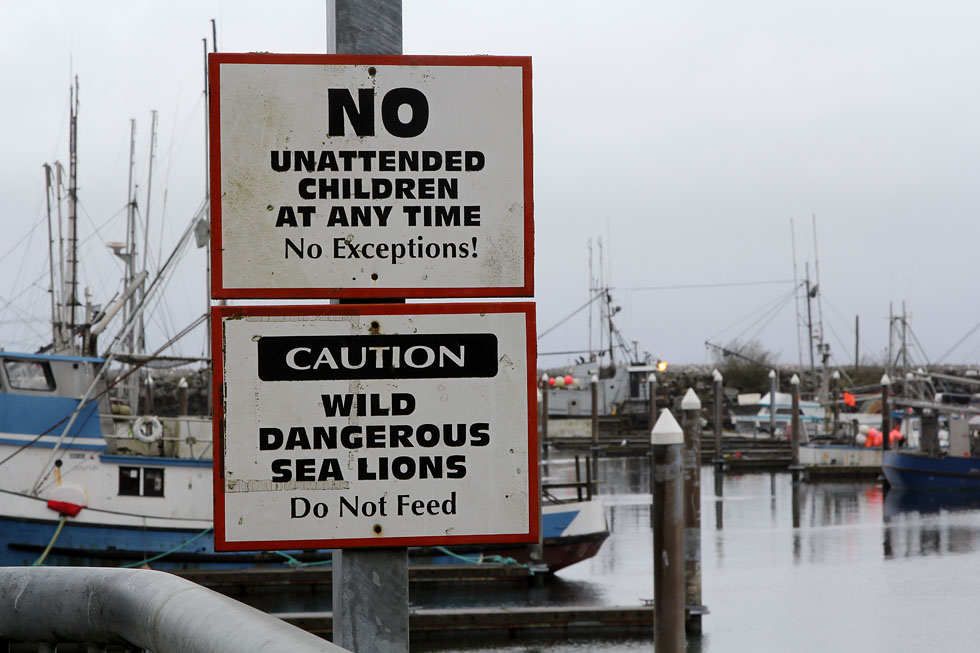 Despite the warning signs, we saw no vicious sea loins. Kind of a disappointment really. 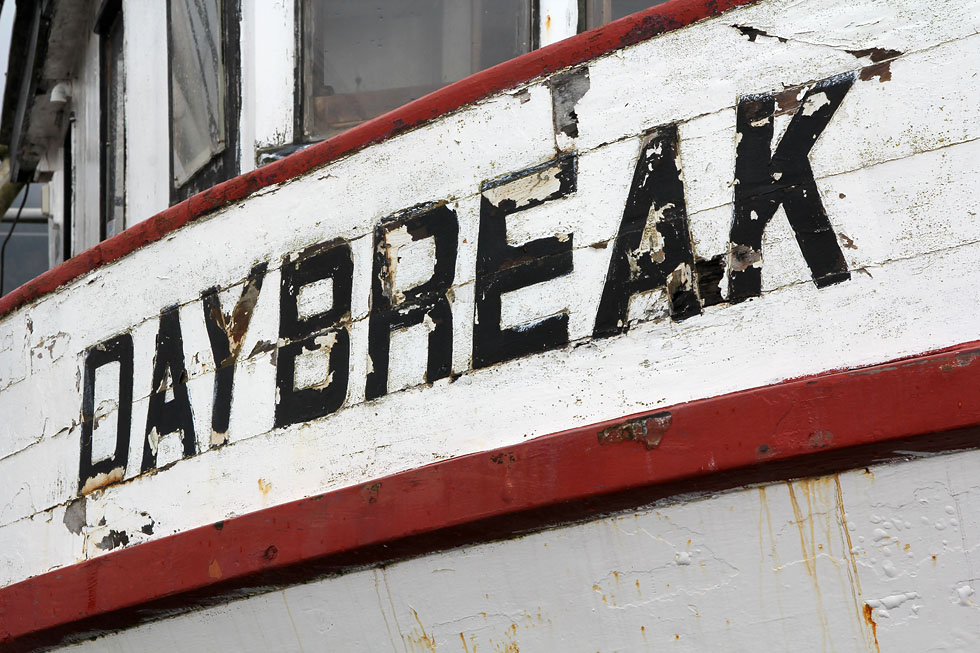 In stark contrast to the Twilight theme, this boat was called Daybreak. 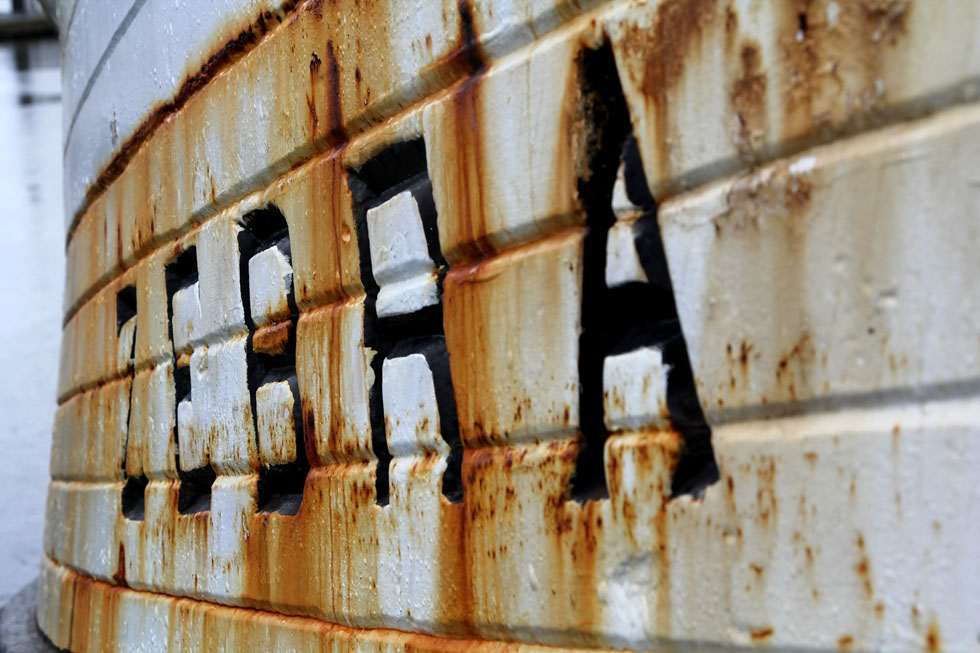 We drove like an hour and ended up in Neah Bay, which is an Indian Reservation with feral dogs, a port and a boat named Zebra. 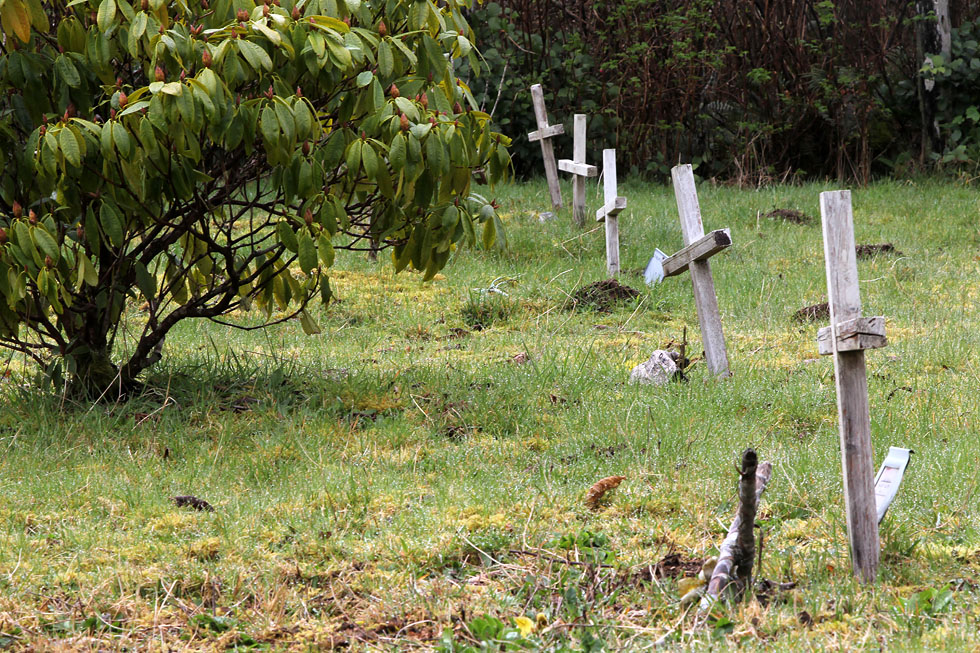 Cemeteries fascinate me — they’re always different no matter where you go. Though since this one was technically on an Indian Reservation, I suppose it would be a “burial ground.” Or is that not PC to say? 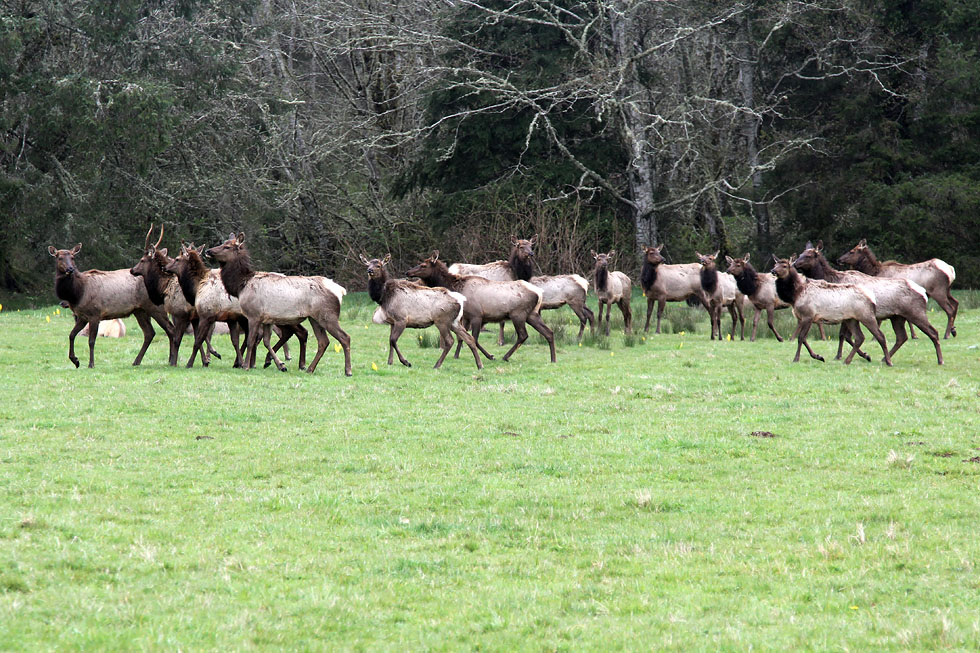 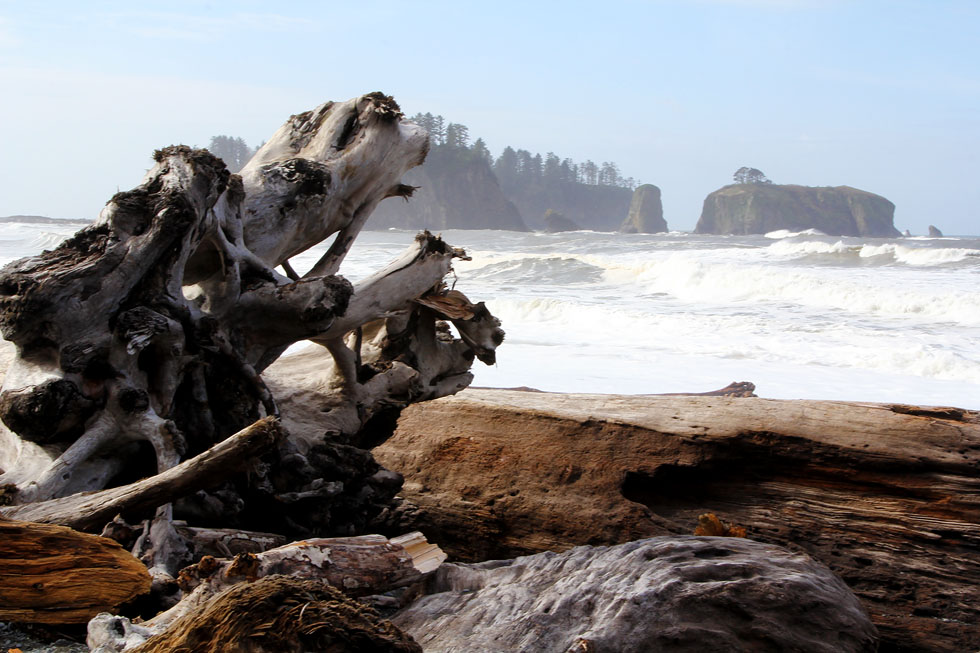 Our hotel ended up being about 10 minutes from Rialto Beach, which was awesome. Apparently there’s a zone called Hole in the Wall that’s great and we set off to check it out, but after about 100 yards of picking through drift wood we decided a mile plus hike sounded hard, so we didn’t make it. 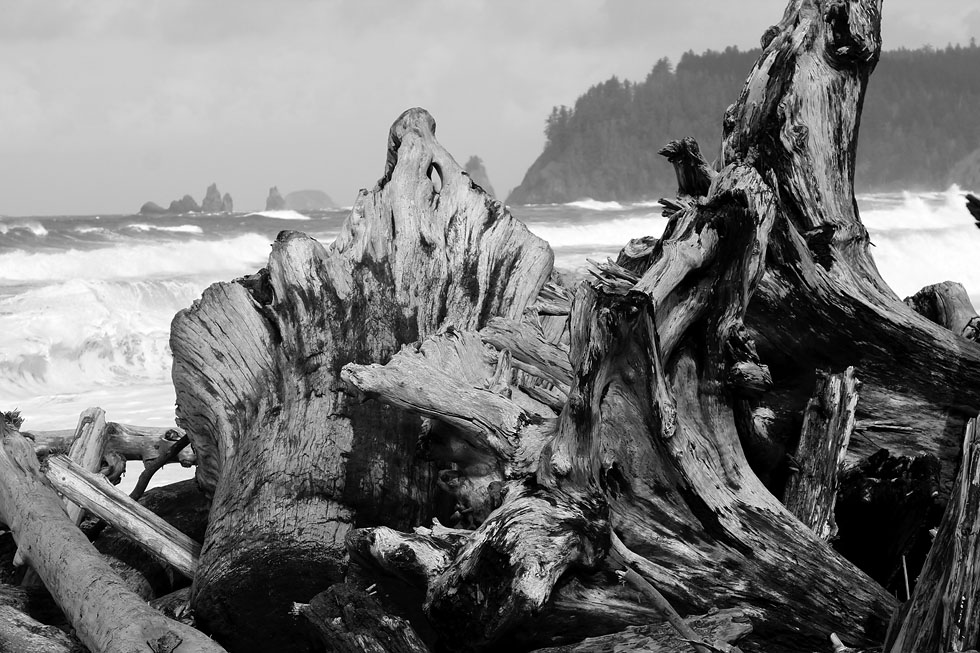 I got all sorts of arsty, obviously. 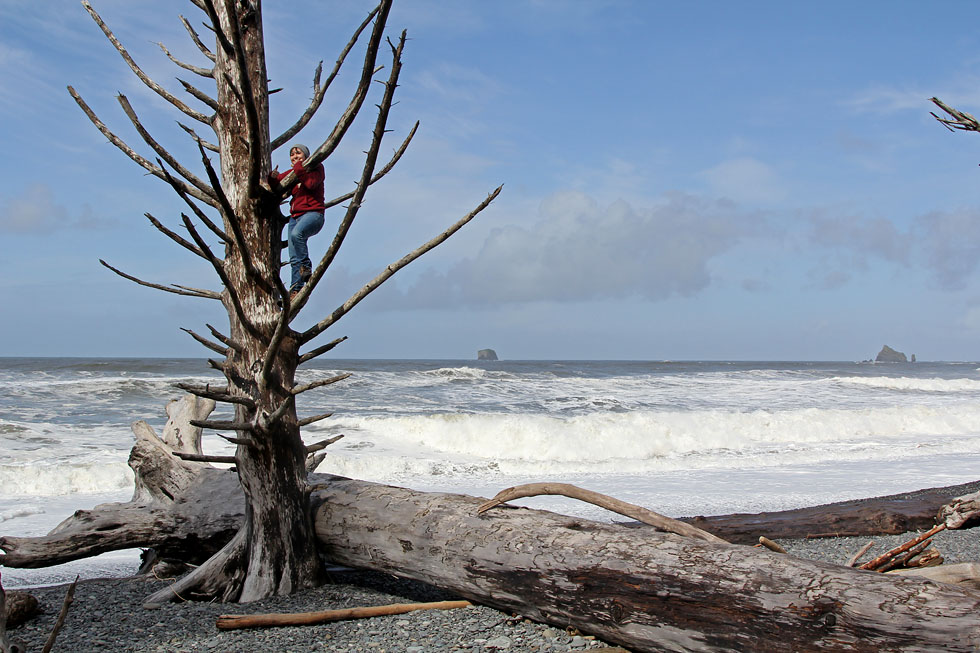 I’m not sure how anyone could look at this tree and not want to climb it. 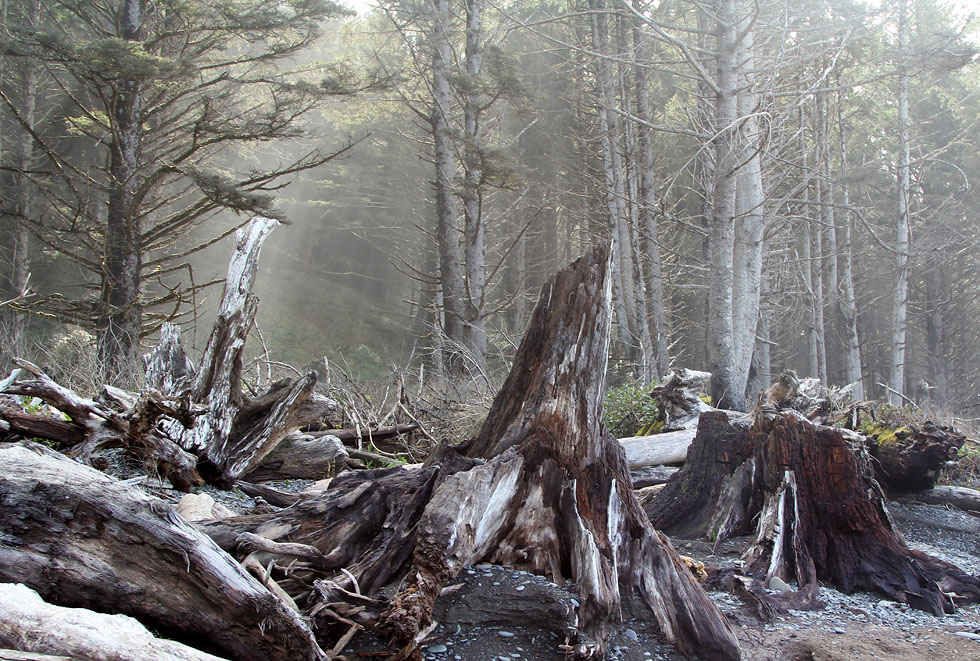 It was supposed to rain all weekend, but the sun was actually out and made the woods by the beach look extra neat. 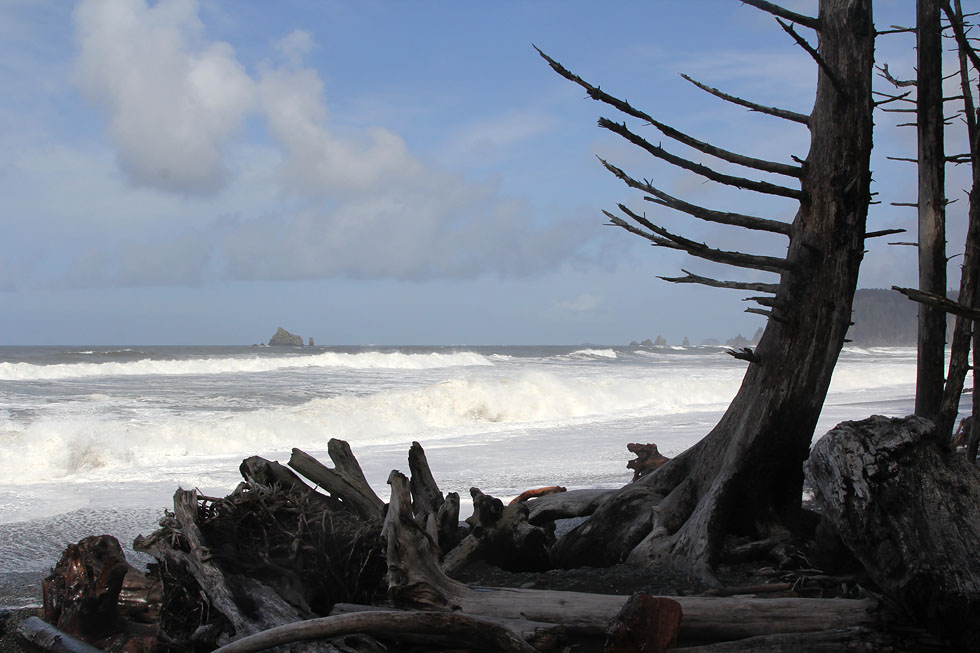 There were climbing trees everywhere! 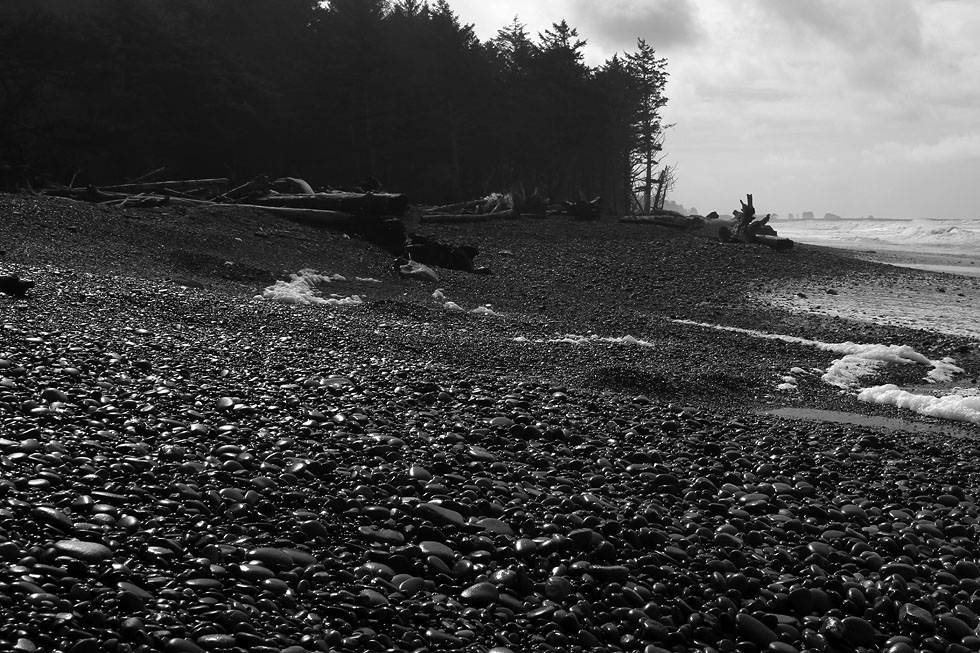 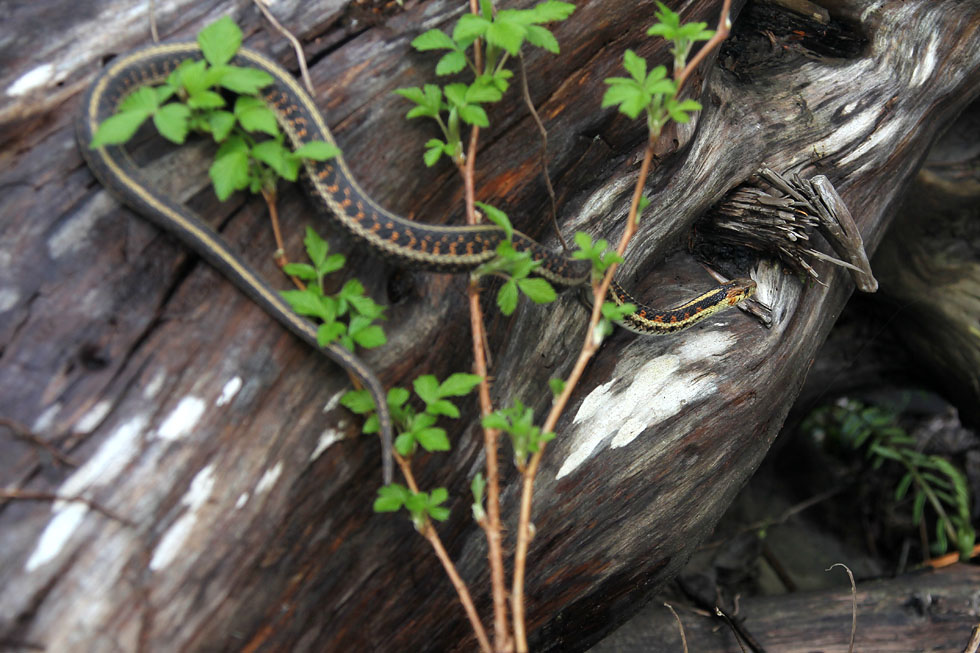 Jared scouted out this snake, which I immediately attempted to catch. It didn’t work, but I did take a picture of it. 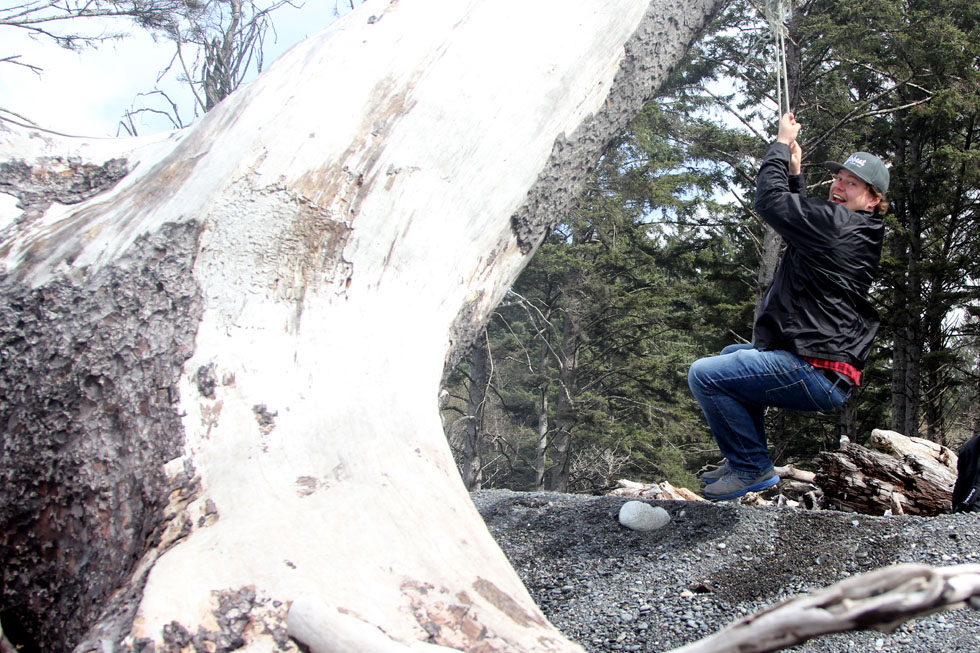 We found a rope swing. Unfortunately it was no where near the water, and kinda of burned your hands to hang on to. 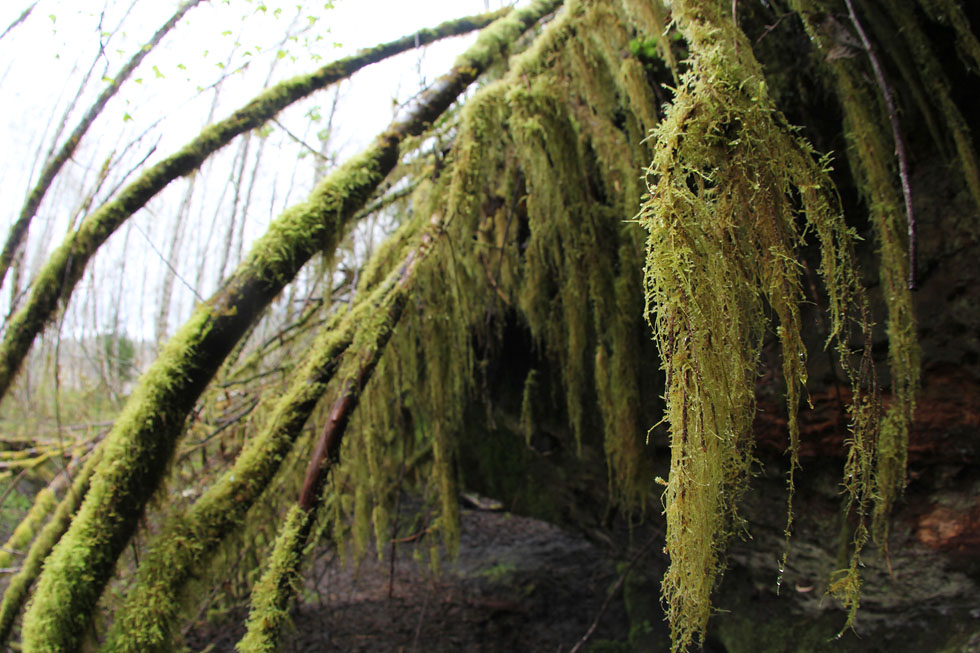 An hour or so from Rialto beach was the Hoh Rainforest. Basically everything is covered in moss up there, the in the official National Park the moss is even mossier, if you can believe it. 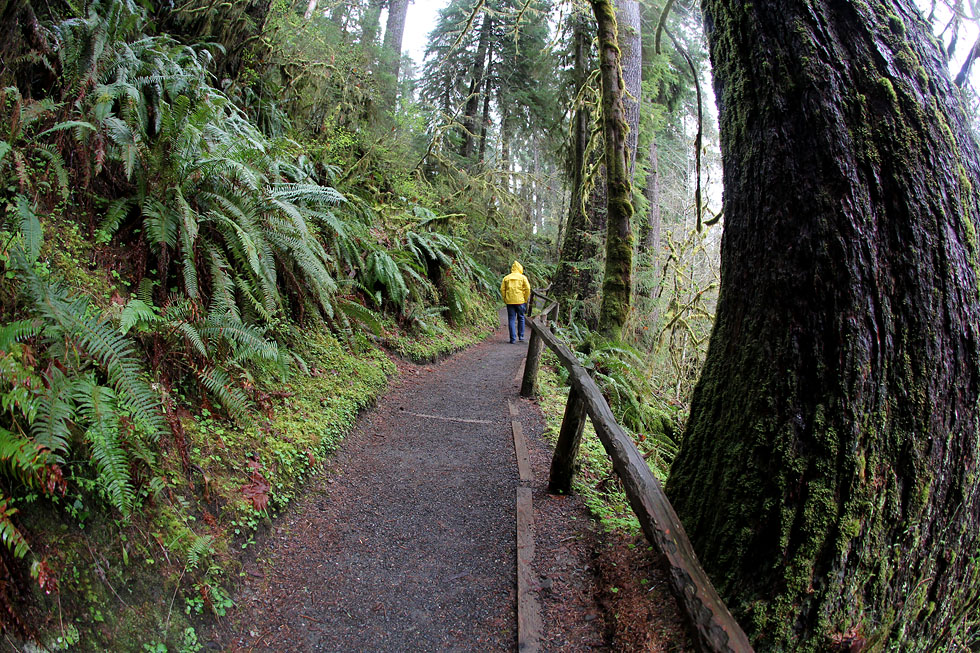 This is my kind of hike. 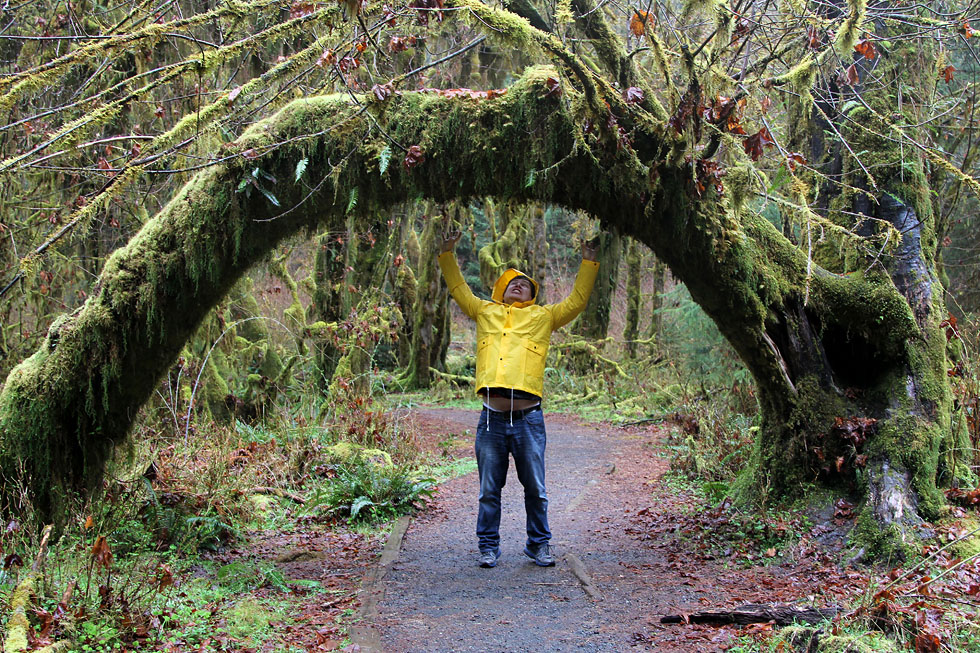 Jared is the strongest man alive. 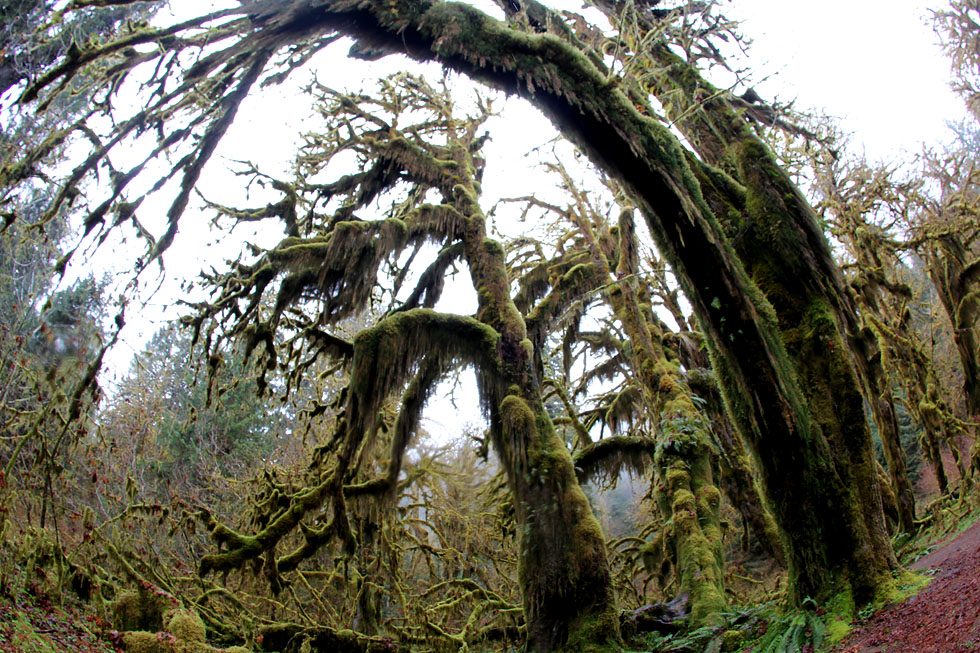 We looked for ewoks and hobbits, but found neither. 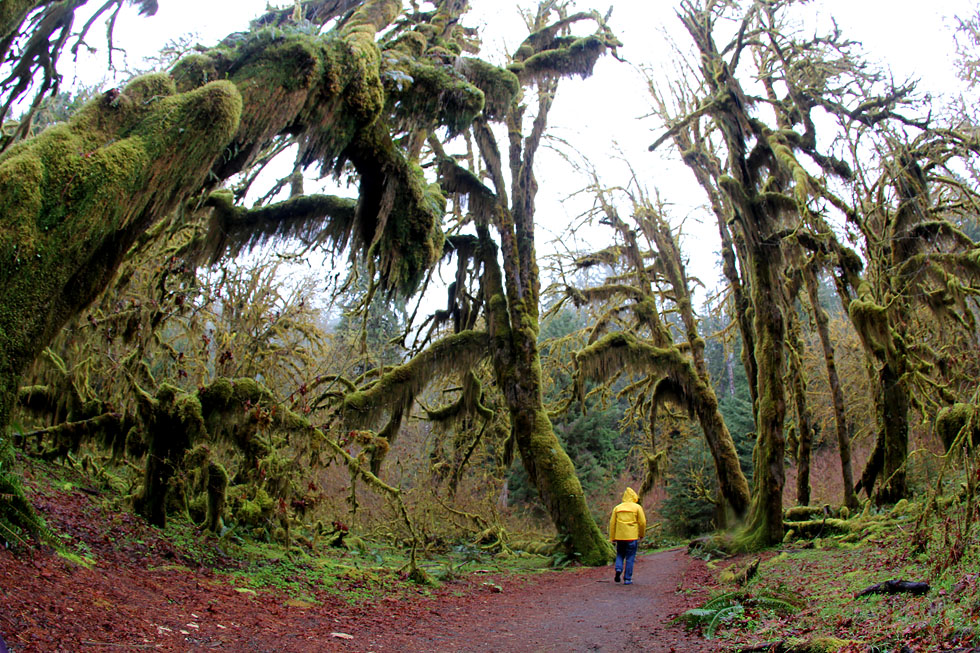 Instead I made Jared walk through the forest so you can see how huge these things are. 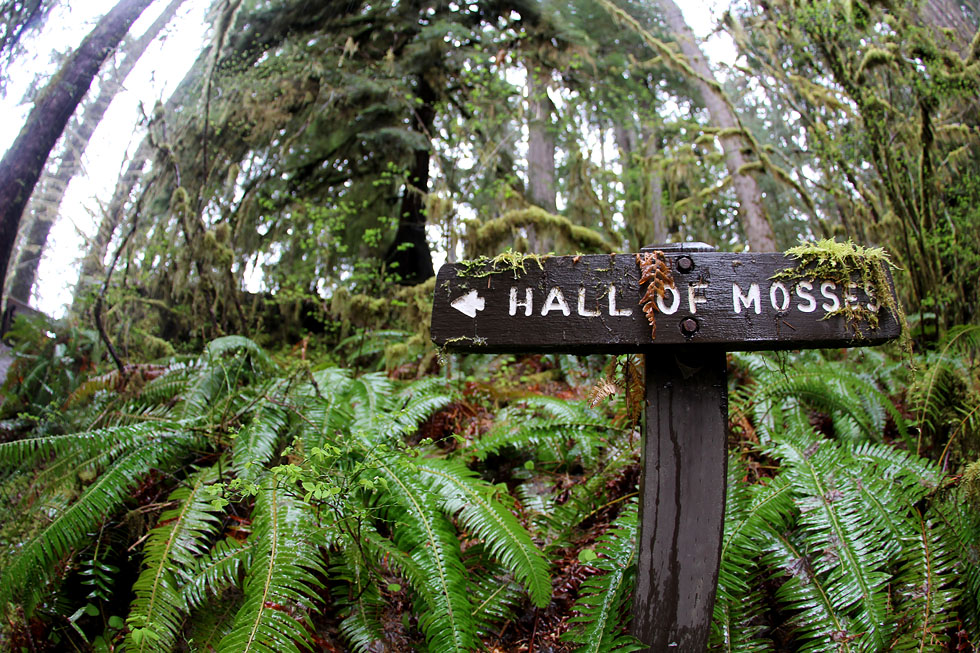 The signs did not lie. 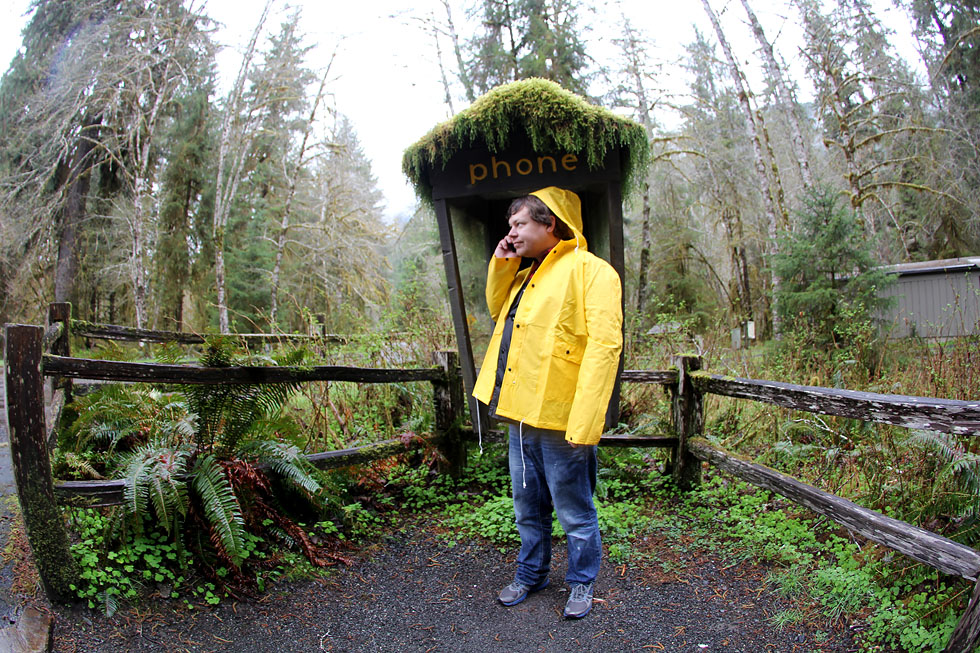 And it’s official. Jared cannot see a phone booth without pretending to talk on his phone in it!