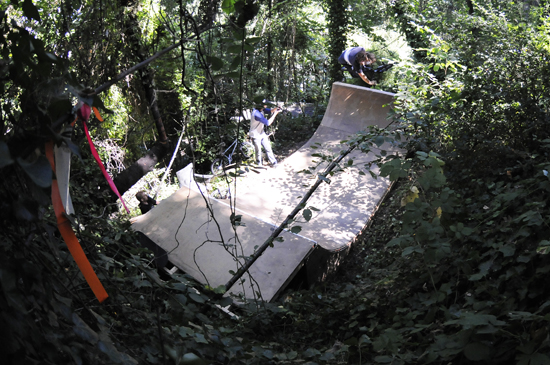 Jared was allegedly a “pro” BMXer. He even has gone so far as to unearth old video parts, and has a plastic medal from an early 90s BMX contest hanging up in the office. Despite all of this, it’s still quite amazing to me when he actually breaks out the bike and can do some tricks. I mean, he’s old! So when we went up to Mark Rainha’s jungle ramp in the SW hills, I was impressed to see Jared even carry his bike up the treacherous and steep dirt stairs leading to the 8-foot wide, four-foot tall ramp in the woods, but even more impressed was when he proceeded to actually ride it. I felt this miraculous occurance needed some serious documentation, so I broke out Jared’s camera (which he’d also lugged up there) and attempted to capture the moment. Though I stumbled a bit using a Nikon (everything is backwards dammit!) and nearly killed myself trying to get a sweet angle on the ivy-and-thorn-covered hill, overall, I succeeded in capturing Jared actually riding BMX. Which, let’s face it, is sort of like photographing a Sasquatch. 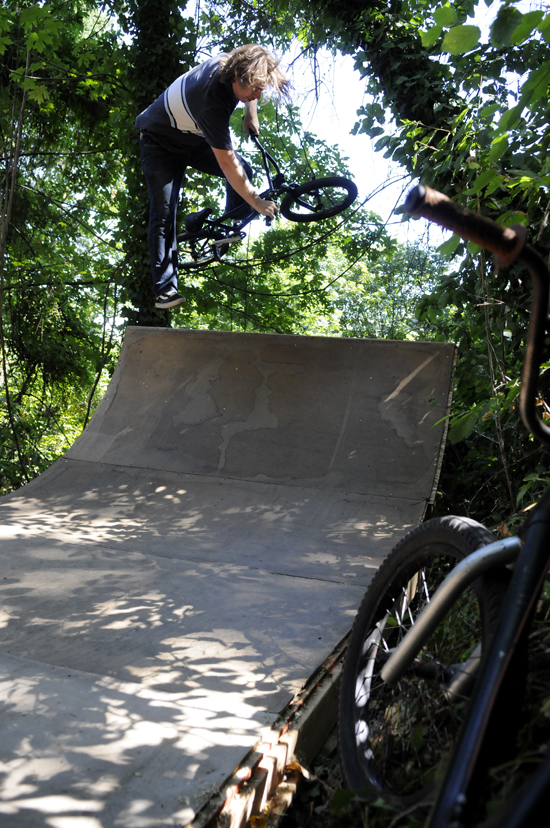 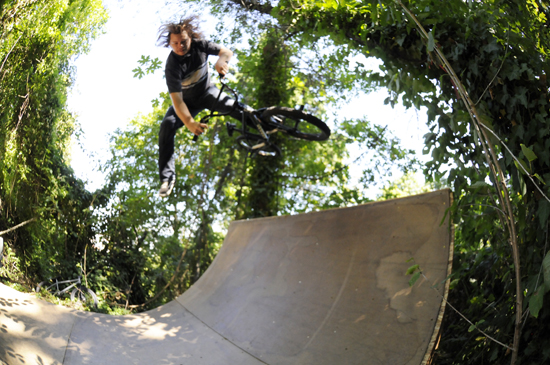