Posted by Brooke in General | travel

It seems every time I go to Texas I manage to bring some sort of weather-related disaster. On my last trip to Dallas, the Cowboys practice stadium collapsed a mile away from me, and this time, it was a flood. The rain had kept me up all night, pounding so hard on the roof along with frequent thunder and lighting. I went back to sleep in the morning after it somewhat subsided, only to be woken up by a wailing siren. I immediately thought tornado, but this time the siren meant they were opening the flood gates, literally. Once the first siren sounds, you have about ten minutes before hell breaks loose. Better get the boat out, brace what you can and hope for the best.

The water rose probably 20 feet within a matter of hours. First I watched the water creep up over the island protecting the canal I was staying on. Then it climbed and climbed, until the normally steep yard was one big rushing river. I headed over to another house, right on the river, where they were having a “flood party.” They’d gotten the boat out in the time, but needed to stand by and knock debris away from the dock. Most people sat on the porch and watched boats, jetskis, gas tanks, and everything else float by. Then, a few hours after it started, the waters started to subside. Who knows where all the debris ended up, but I sure am glad I don’t have to clean it up! 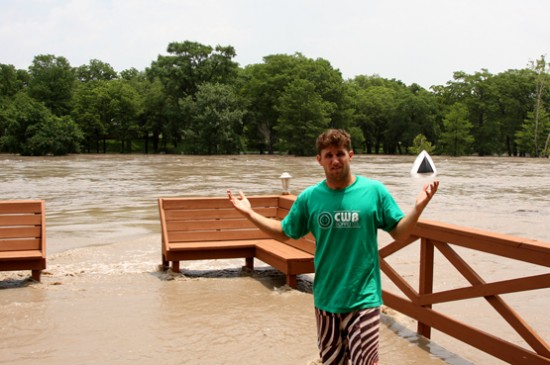 Gabe Lucas standing on the upper deck of his dock. Normally this is 12 feet off the surface of the lake, and there is a boat underneath it. And yeah, that’s a boat bobbing by in the background. 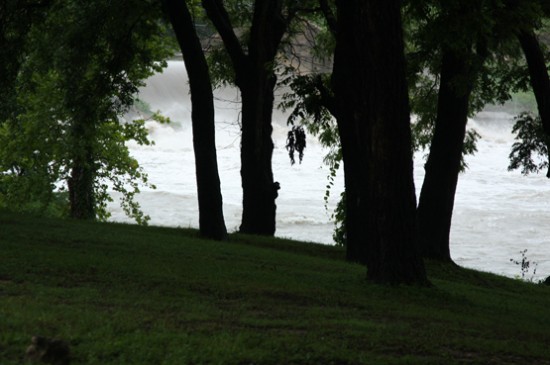 The dam is open. 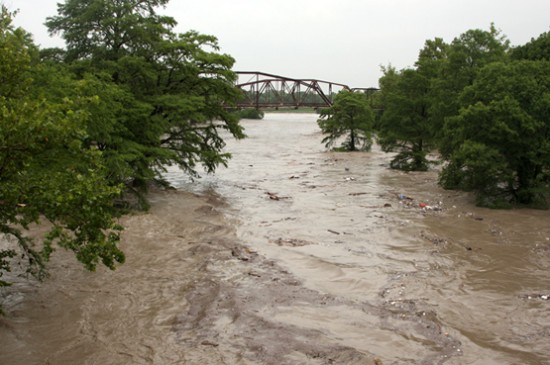 A constant stream of debris 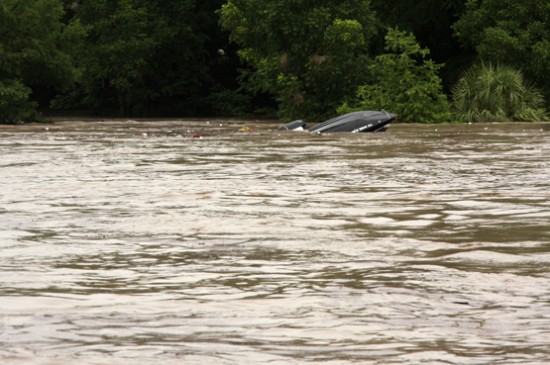 50 grand, floating down stream, headed for the next dam. 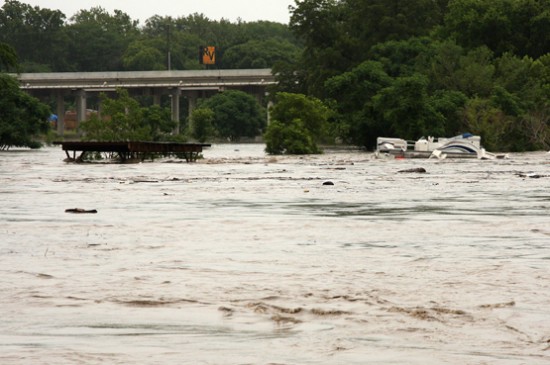 This pontoon boat was in that boat house for awhile, until it finally found it’s own way out. 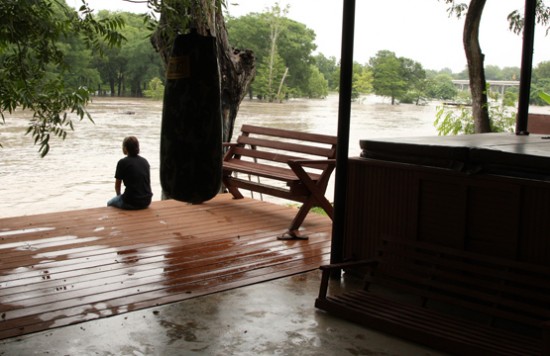 Nothing to do but watch. 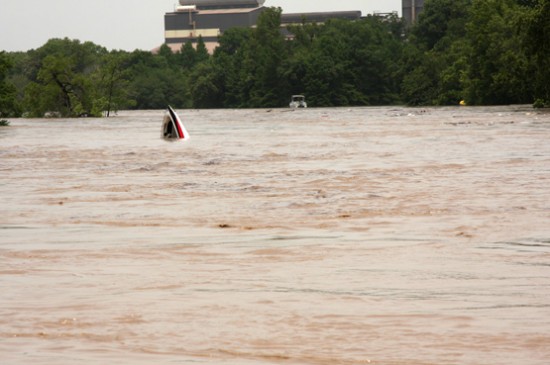 Another boat floating in the stew. 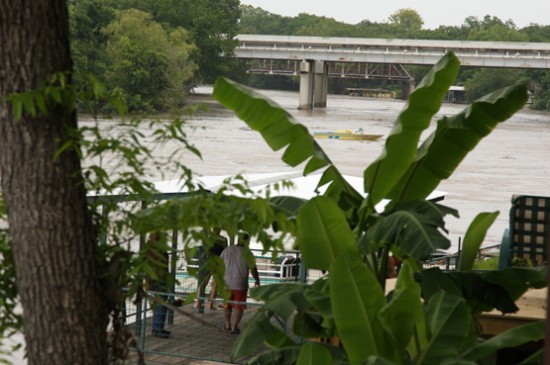 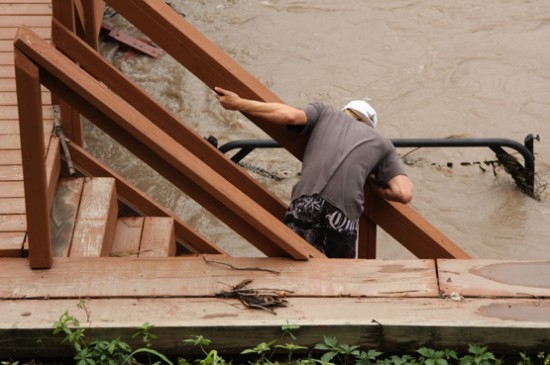 Surveying the damage. Looks like a free bench washed up! 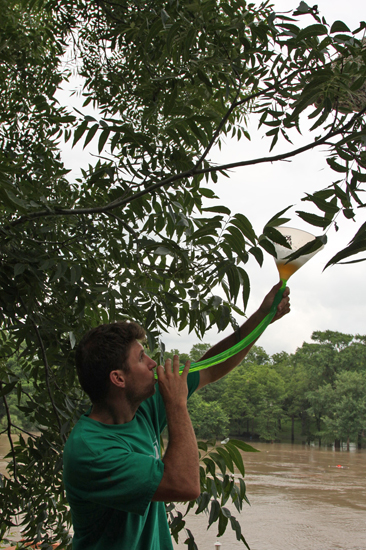 The celebration of survival!